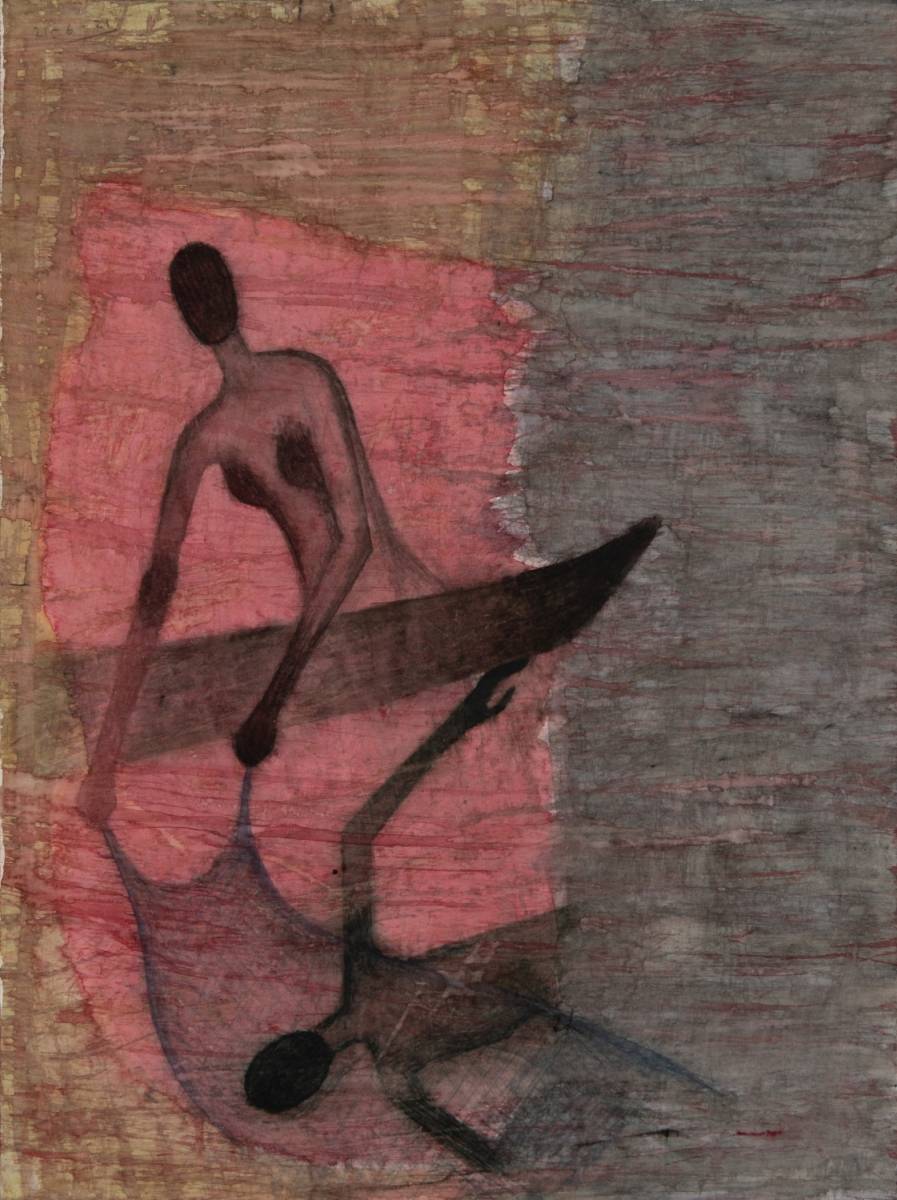 The artist, who greatly incorporates elements from popular culture, cinema and images from advertisement culture feels that a certain intertwining happens between creative spheres like literature, cinema, theatre, and music — all being in the creative sphere…reports Sukant Deepak

He stresses that it is the ability to detach himself from what is going on that helps him create, and that if he tried to relate it to what is happening in the world, it would probably not be possible to paint.

“I would go out and try to help people in hospitals or try to make myself useful as the occasion demands. However, I cannot survive If I don’t paint, it’s a very different experience. What comes on canvas or on paper, and the imagery that you are painting… it starts dictating itself. And you have to obey, you have to follow, what is the demand of the particular image or a painting,” artist Atul Dodiya tells IANS, while talking about his latest ‘Walking With the Waves’, a body of intimate and small-format watercolours produced by him during the past two years of continuous Covid crisis, currently on view at the Kiran Nadar Museum of Art (KNMA) in the capital.

He adds that they were done almost in one go, over one year — 365 watercolours. There is no reference to a solitary figure in the landscape. They are doing nothing, talking to tree trunks and holding the branch. “There are some shadows and touches of the pandemic which what they are going through its not a literal sense, but in certain tonality or certain loneliness which one felt during this time. Being alone, not being able to go out, not being able to experience nature, and not being able to meet friends. This is again very unique for me, at least in my context.”

For someone who at the age of 10 knew that he wanted to be an artist, Dodiya says that he feels lucky that he was supported by his family and could go to an art school. “In my early period, that passion an d that kind of interest was a wonderful feeling. It is interesting to reflect and witness how things change over the course of time. As a painter, my own style and work have evolved. I am thankful that there was an opportunity for me to continue to do what I want to do.”

The artist, who greatly incorporates elements from popular culture, cinema and images from advertisement culture feels that a certain intertwining happens between creative spheres like literature, cinema, theatre, and music — all being in the creative sphere.

“When I talk about my painting, it is in my own creative language. I try to articulate my painting which is visual, into words. Poetry is always a creative joy, in the same way, that cinema is visual joy and literature a reading one. Of course, cinema in a way, to me feels like a complete medium. The great masters such as Satyajit Ray, Akira Kurosawa, Federico Fellini, Jean Luc Godard, they inspire you as they experiment so much in their own mediums.”

Talk to him about the fact that each of his shows boasts of a unique style and concept, and he asserts, ” I don’t follow any sin gle style when I paint. Every time, the effort is to try something new and different. I enjoy experimenting with new techniques and styles. I often feel that instead of having no option, there are too many options for me. When I first attempted a large scale realistic watercolour, it was a 6ft by 4ft size. Now watercolour is a difficult medium, and realism and the scale made it even more difficult.”

“Additionally, a subject matter like Gandhi, made it even more challenging. The first time that I did the Broken Branches Cabinet in the year 2002, it was shown at the Venice Biennale. This was the first time I did something that was actually not a painting, instead it was kind of an installation of an object. Before that, I painted on actual roller shutters on shops that go up and down. Painting on that was an unusual experience and that was shown at the Raina Sofia Museum in Madrid, and a solo show called ET and others. Those shutters were completely new to me. In 2001, I did a show called Tearscape which was large watercolours. Those works didn’t have any reference to any specific people or locations, mostly invented figures and no realism in it, they are most stylized figures.”

Mumbai, he says is a part of him, and he of the city. Stressing that it has been a major influence on him considering the diverse experiences he has had there, the artist adds, “The extremely rich people live next to very poor. There is the world of cinema and popular film stars living here, the advisement and hoardings that you see are often ugly but then that is the part of the city. You hear the noises of the city and all kinds of diverse experiences. If I was born and brought up in, for example, Shanti Niketan, I would have been probably a different kind of person. I am not saying good or bad, there is no question of good or bad, just a different experience. I would probably be totally different if I had grown up, living in calm and green surroundings. Here in the city, surrounded by concrete buildings, and concrete jungle, that is another kind of experience. But I believe that human beings are the same, whether it’s Shanti Niketan or Bombay or any other city.”

Talking about his process, the artist says that it is quite “mixed” and not simple. “When doing a specific medium such as watercolour, I am parallelly doing something else, then I feel like attempting some images from cinema and do it simultaneously. There is oil on canvas, then cinema references, there are small scale watercolours — every work being done simultaneously. I find I am easily able to switch mediums and subjects without any challenges. It is a quiet and also extremely painful process to resolve each theme in a certain way. However, that is the way I have been working and that is what I enjoy,” he concludes.

ALSO READ-‘In The Language of Remembering – The Inheritance of Partition’