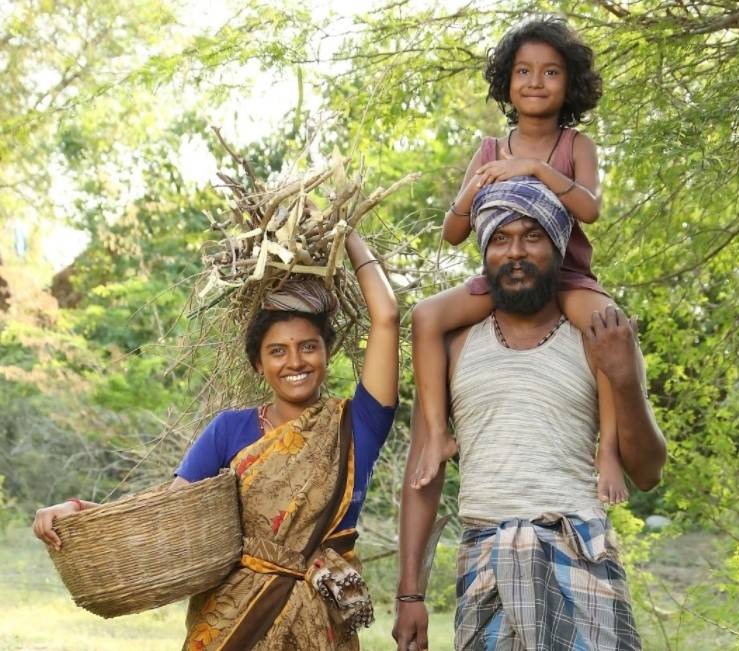 The pandemic unwittingly played a big role in catapulting OTT platforms as the go-to options for entertainment-starved Telugu audiences. These platforms came as a life-saver for both showbiz and audiences in the last two years. The scenario is much the same in neighbouring Tamil Nadu…reports Narendra Puppala

Much like the television boom in the south a couple of decades ago, OTT players streaming content in the southern languages are spoiling viewers for choice. They are dishing up a buffet of content, from music reality shows to cookoffs, even as the rest of the world gets to watch South Indian movies in the comfort of their homes.

OTT platforms, both local and the international behemoths, are vying aggressively for audience eyeballs in the four southern states and each one of them has a dozen-odd players catering to an audience that seems to just love the abundant diversity.

For filmmakers and writers, both established and newbies, as the makers of ‘Minnal Murali’ (Malayalam) and ‘Jai Bhim’ (Tamil) realised only recently, this is an opportunity like never before to be seen and heard around the world. S.S. Rajamouli’s ‘RRR’, for instance, will be dubbed in Spanish, Portuguese and Korean for Netflix.

Interestingly, Netflix has also seen its Tamil anthology ‘Navarasa’ feature in the Top 10 in 10 countries, including India, Malaysia and Sri Lanka. In its first week on Netflix, the series created by Mani Ratnam, the Tamil auteur, more than 40 per cent of the viewers were from outside India.

The story is not any different for Prime Videos India, 50 per cent of whose audiences for regional language content come from outside their respective home states. Globally, these movies are being watched in more than 170 countries, with international viewers accounting for over 20 per cent of the audiences of these films.

The Telugu language space, primarily spread across Andhra Pradesh and Telangana, is one of the larger markets. Naturally, all the major OTT names have made a beeline for Telugu land. You have, as a result, international majors such as Netflix, Amazon Prime, Sony Liv, and Hotstar cheek by jowl with desi biggies like Zee5 and SunNxt. The Telugu OTT platform aha, meanwhile, is creating a buzz with its totally Telugu orientation.

The pandemic unwittingly played a big role in catapulting OTT platforms as the go-to options for entertainment-starved Telugu audiences. These platforms came as a life-saver for both showbiz and audiences in the last two years. The scenario is much the same in neighbouring Tamil Nadu.

Predictably, most of the big OTT platforms rely on a content mix of movies and web series. They also dip into their exhaustive content banks built up over the years. The bulk of the content inventory is made up of dubbed versions of English and other Indian movies and television serials.

The OTT platforms also allow entertainment majors such as Zee, Sun, Sony and Star to monetise their television content in these languages.

It is however aha, promoted by the powerful Allu film family, that has set out on a trajectory powered entirely by Telugu content. Aha’s hugely popular talk show ‘NBK – Totally Unstoppable’, anchored by top Telugu star Nandamuri Balakrishna, has given the platform an enviable traction with audiences.

A web series, ‘Bhamakalaapam’, starring versatile actress Priyamani, who gained a national following after she appeared on ‘Family Man’, followed by the Telugu version of ‘Indian Idol’ are among the latest offerings the platform has picked up to drive growth.

In Karnataka, apart from the limited fare that the OTT majors provide, there’s little else on offer for viewers across the state. This vacuum is being eyed by local players who are setting up OTT platforms dedicated to Konkani and Tulu languages spoken in the coastal parts of the state.

Despite its relatively small geographical spread, God’s Own Country has been seeing an unprecedented proliferation of OTT platforms. At last count there were at least half-a-dozen OTT platforms on the ground or in the making. Even the Kerala government has plans to launch its own streaming to support independent low-budget filmmakers.

Movie-based entertainment content being self-limiting for a number of factors, OTT players are not shying away from looking beyond the trodden path. Malayalam OTT platform Koode is carving out its own identity, cutting through the clutter.

“A lot of platforms are primarily focusing on movies, but we would like to bet on a wider range, so we are looking at data and analytics,” Koode’s Founder Radhakrishnan Ramachandran said. “We analyse data to understand what kind of content genres our audience is looking at. We believe that good content will always have takers and will experiment across multiple genres,” Ramachandran added.

Even as the world gets back to normality after being home-bound for much of the past two years, OTT platforms are signalling that they are set to stay on the entertainment menu of people around the world. It’s not any different in the south.