The warplanes hit several military targets inside Sanaa, including the platform of al-Sabeen square, the nearby presidential palace, the national security headquarters, the interior ministry and the air defence bases in the capital’s mountains of Attan and Noqom, according to residents and the Houthi-run Saba news agency.

These targets have been hit by the coalition fighter jets hundreds of times since the beginning of the war two and a half years ago.

Houses and other properties nearby the targeted places in Sanaa were slightly damaged. There were no reported casualties from the airstrikes.

The coalition warplanes kept flying over the Yemeni capital for long hours following the rebels’ ballistic missile that hit the north end of King Khalid international airport north of Riyadh.

The Saudi government said the missile exploded north of the airport but caused no casualties, according to the Saudi local Al Arabiya satellite TV, adding that air traffic was not disturbed.

Houthi spokesman Mohammed Abdulsalam said in his Twitter account that the missile was in retaliation for the Saudi air attack last Wednesday on a hotel and popular marketplace in the Yemeni northern province of Saada, killing 29 civilians and injuring two dozen. However, the coalition said the hotel and marketplace were military targets because there were gatherings of Houthi fighters there.

The Houthi rebels’ Saturday missile attack was the latest in a series of ballistic missile attacks by the Houthis from Yemen towards Saudi cities since Saudi Arabia intervened in the Yemen war more than two years ago.

The Houthi rebels last week fired another ballistic missile towards a Saudi military base in the Saudi border province of Najran and authorities said the missile hit a residential complex in the Beir Salaries area.

Saudi Arabia led a military coalition of 10 countries and intervened in Yemen’s civil war in March 2015 to back the internationally recognised government of exiled President Abd Rabbu Mansour Hadi against the Iranian-allied Shiite Houthis who stormed the capital Sanaa and controlled much of the country’s north.

The war has killed more than 10,000 Yemenis, mostly civilians, and displaced more than 3 million others, according to UN agencies. 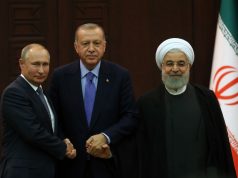 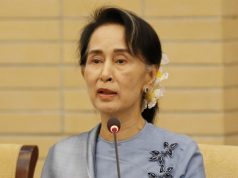 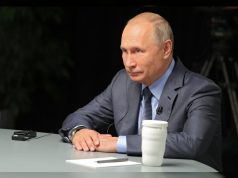