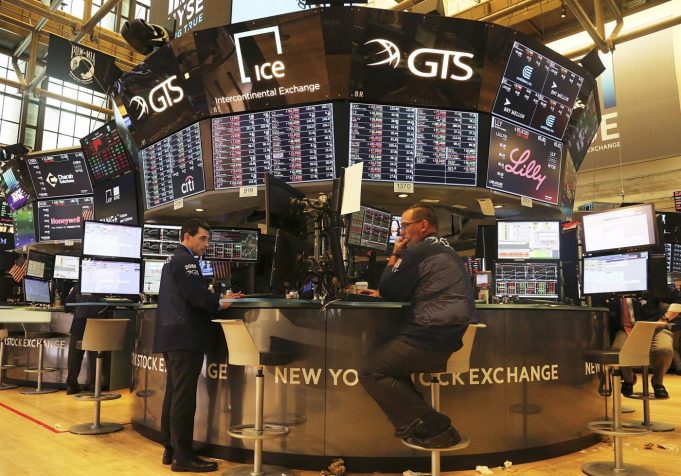 Stock markets have fallen sharply amid fears of a further deterioration in US-Chinese trade relations.

The Dax in Frankfurt ended 1.4 percent lower, with the Cac in Paris closed down 0.9 percent and Madrid fell 0.8 percent on Monday, while London’s FTSE 100 made up for earlier losses to close almost flat, BBC reported.

Earlier on Monday, markets in Asia fell following US President Donald Trump’s decision on Friday to impose 25 percent tariffs on $50bn worth of Chinese goods.

China retaliated, saying it would impose an additional 25 percent tariff on more than 600 US products worth $50bn.

However, stock markets in China and Hong Kong were closed for a public holiday.

“Tensions between the US and China are escalating, and we are not any closer to an agreement being reached. With neither side willing to back down, investors are caught in the middle,” said David Madden, market analyst at CMC Markets.

Art Hogan, the chief market strategist at B. Riley FBR in New York, said: “The trade war is definitely on the front burner right now, and will continue to be in the absence of news catalysts and unless something substantially changes.”

European investors are also wary of political factors in Germany, where Chancellor Angela Merkel has clashed with leaders of her coalition ally in Bavaria, the CSU, over her refugee policy.

“With the US-China trade war already creating an uncomfortable trading atmosphere, the brewing political tension between long-time allies the CDU and CSU in Germany has caused some bloody losses in the eurozone,” said Connor Campbell, a financial analyst at SpreadEx.

Sterling continued to struggle, trading against the dollar at $1.3241 – close to the seven-month low of $1.3205 hit late last month.

The pound has fallen 8 percent since mid-April as traders become less confident that the Bank of England will follow the US Federal Reserve by raising interest rates in August.

Oil prices gained ground after earlier falls, with Brent crude up more than $1 to $74.50 a barrel despite suggestions that Opec would increase production later this year.

Countries in the oil-producing cartel led by Saudi Arabia – along with other big producers including Russia – will meet in Vienna later this week. Both countries want to boost output.

Commerzbank commodities analyst Carsten Fritsch said: “That production will be increased in the second half of the year is considered certain – the only question is by how much.”

Goldman Sachs expected Opec and Russian output to rise by 1 million barrels a day by the end of 2018.