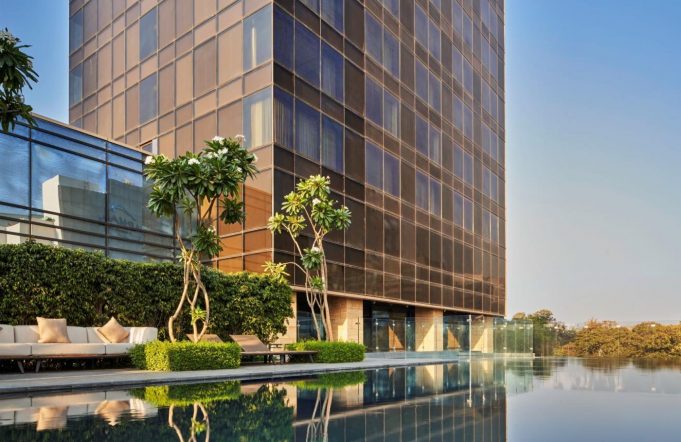 The exponential growth of Bengaluru as a major technology hub over the years has lured leading Israeli hospitality chain Dan Hotels to begin its global foray in India from this tech city, a top executive said…reports Asian Lite News

“When we wanted to expand globally, we noticed that Bengaluru, as India’s Silicon Valley, has a lot in common with Israel, known as the Silicon Valley of West Asia. Bengaluru’s booming growth, which is faster than other Indian cities, attracted us to open our first hotel ‘The Den’ outside Israel in Bengaluru,” Dan Hotel’s Chief Executive Ronen Nissenbaum told IANS in an interview here.

Co-founded in 1947 by brothers Yekutiel and Shmuel Federmann as a luxury hospitality chain, the Tel Aviv-based Dan Hotels has 14 properties across Israel in seven cities, including Tel Aviv, Jerusalem and the northern port city of Haifa.

Though the chain had a soft launch of its first international property in Bengaluru in December 2017, Nissenbaum officially unveiled it on Saturday, making Dan the first Israeli hospitality group to own a five-star luxury hotel in the subcontinent.

Located in the city’s bustling eastern suburb of Whitefield, home to several tech firms, the 226-room The Den with 21 floors was built at an upfront cost of $70 million (Rs 490 crore), with a helipad on the rooftop, a personal movie theatre, a 70-seater auditorium, a gaming zone and plenty of space for partying.

“Our hotel chain is about creating luxury spaces, particularly for millennials. We wanted to see if our 70 years of success in Israel can be replicated in Bengaluru,” Nissenbaum said at the official opening of The Den in the garden city.

According to The Den’s General Manager Vinesh Gupta, the star hotel caters particularly to the needs of the millennials, born after 1980s and heading start-ups or firms at the age of 30 years or less.

“With a younger workforce in multinationals in the current day, we wanted to build a brand that provides space for them to have fun after work. It makes us stand apart from other hotels in the business,” Gupta told IANS.

Regulatory approvals and getting trade licenses made the project take 10 years to plan and build as the city’s tallest hotel building, while the average time taken to complete any such project is estimated to be at least five years the world over.

The Israeli group, which also runs convention centres and a Dan Gourmet School for training chefs in Tel Aviv, privately owns and manages the 15 hotels it operates, including 14 in Israel and the one in Bengaluru.

“As the hotel group owns and manages 15 hotel properties, we bought land and built the hotel in Bengaluru after we felt we could do it by ourselves,” said Nissenbaum.

The family-run chain learnt that it was harder to buy land and build a hotel in China without local partners, than in India.

“We would have to lose a bit of our control over the property if we had partners. We felt we could build a hotel in India, without local partners,” recalled Nissenbaum.

Over the past 10 months The Den has been open, it had a majority (60 per cent) of its guests coming from across the US, Europe and Asia while the remaining 40 per cent have been Indians.

With about 300 working staff, the hotel is wooing techies from the world over, who are on visits to the multinationals in the locality, to be its guests.

The group is eager to explore opportunities to expand to other Indian cities, across Europe, the US, West Asia and other parts of Asia.

“We are an international brand that wants to appeal to millennials in particular, with Israeli touches in our hotels. If we are successful in Bengaluru, we look forward to making more Dens the world over,” added Nissenbaum.

Govt may slash import duty on steel to near-zero levels

ASDA’s Aisles are Ready for Eid