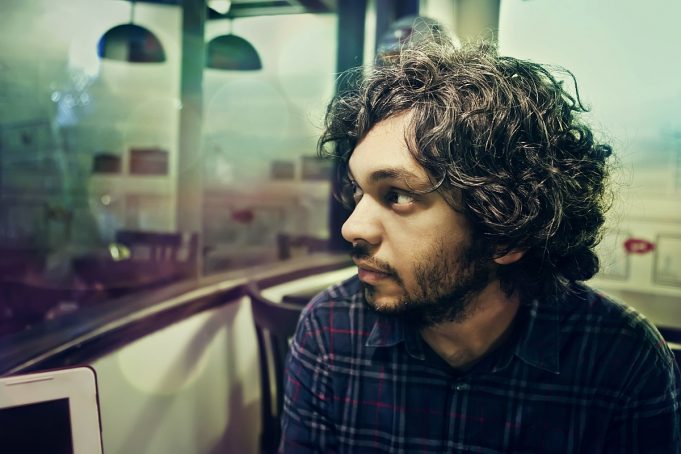 An Insignificant Man, the documentary directed by Vinay Shukla and Khushbu Raanka, was always in the news from the time of its production. Recently it was back in the news as the Indian national film awards jury had contradicting views on the documentary. While four jurists in the national awards panel praised the political documentary and wanted it to on the honours list, others objected to any recognition.Anand Gandhi, the producer of the documentary and a very prominent director in parallel cinema, talks to Soumya R K more about his political, professional and personal life.

How and when did you become the part of An Insignificant Man?

I have known Kushbu and Vinay, who are the directors of the documentary, for a very long time; they are very close friends of mine. Moreover I admire both of them as film makers. Vinay has already proved his film making skills with his first shortfilm. Khushbu was my co script writer in Ship of Theseus. Vinay has also acted in it. They have always influenced and inspired me a lot. To work together has always been our thing. They wanted to do a film based on democracy and Aam Aadmi turned to be the best choice for a specimen. It gave them a rare opportunity to document a political party right from its formation. Though I didn’t know anything about the subject when I committed to the project, I was also equally excited about it when I learned of it.

Don’t you think Arvind Kejriwal and Aam Aadmi Party is quite an outdated topic to discuss?

It is true that in the beginning the documentary follows the AAP but that does not mean this movie is about AAP. This movie has already been screened in many festivals around the world – in more than 13 countries and 50 festivals. The viewers in Greece, Portugal and Russia shared similar views about the documentary. All of them said this is exactly what is happening in their country too. Democracy is the same everywhere. They opined that they felt the resemblance in each scene. So this is not a movie about any particular party or leader. This movie points towards the real questions that have to be asked in democracy. And I personally don’t believe that any topic is outdated in our world.

CBFC demanded a no objection certificate from the government. What are your thoughts on interference of government in creative works?

CBFC has got no obligation to protect the good face of politicians. FCAT relieved all such restrictions and rather stated that the move from the side of CBFC is against the constitutional rights.  Not even a single scene from the movie was edited. See in a country like India where being offended is more common that cleaning garbage the responsibility of proving that they are offended should be of the one who claim so and not with the artists or film makers or writer.

The Ship of Theseus is made so natural that one might mistake it as an observatory documentary? What was the method used in its making?

Movies are lies told to reveal a much bigger truth. The ship ofTheseus is an assumption about the philosophical questions and deep thoughts about existence. I believed that the naturality in the movie would make the viewer feel that they are part of the story. This will essentially lead to dialogues within the self. Realism in cinema is the narrative strategy used here.

On one side you question the existence and deeper philosophy of life through movies, on the other side you work on virtual reality. What is this contradiction all about?

First of all I don’t think there is any contradiction between the two. Rather one is the continuation of the other. We were well informed about soul and Karma long before any evolutionary or neuroscience began their studies on existence. The researches in these fields give more information. Virtual reality and augmented reality are just instruments for this.  The urge to share what we knew and to know someone’s world is a basic instinct of human being. It was there right from ages back and mixed reality is just another milestone in this journey. It is the result of the same urge we talked earlier.

Talking to people who toil to meet both ends in life about questions of existence, isn’t that a challenge?

You are very correct. Such intellectual pursuit is still a privilege. People who strive to survive every day won’t think about existence. But we should not forget the fact that there were people who took up this journey in very bad situations, and on the other side there are also people who live in luxury without having any interest to know the bigger truths. Still I strongly believe it is the responsibility of all who enjoy such privileges to provide equal opportunities for everyone to take up such intellectual pursuits.

To make a movie about the human mind and its business, to talk about soul and spirituality in it, how challenging was the work?

For me spirituality is the way to overcome our own limitations.  No one wants to just be born, live and die. I toe the line of rationalists, scientists and atheists. I found the evolutionary sciences more believable than the traditional spiritual philosophies. Science has found answers to all questions faced by spirituality. My challenge was conveying these answers to my viewers.

Which character in Ship of Theseus do you find in yourself more?

You once said that you were depressed to hear about the death of Narendra Dabholkar and you lost all hopes then. Bu thereafter in India a number of attacks against the freedom of expression took place. What do you think now?

I never lose hope completely. And this is not the time to surrender before illogical acts. We should stand united than at any other time in the past and put forward more progressive ideas. Organised discussions and debates should lead to a scientifically oriented society.

You are a multitasked, what thrills you more?

I am running the largest virtual reality studio in India and a media tech lab with it. I am also the adviser of Exprize, a non-profit organisation encouraging research in science.  I am interested in movies as well. But the research I pursue at the Centre for Biological Sciences on the “meaning and definition of choice” thrills me more.