Al Janadria, the national cultural festival of Saudi Arabia that has India as the ‘Guest of Honour’ country this year, is being inaugurated on Wednesday near here by Indian External Affairs Minister Sushma Swaraj.

The festival was begun in 1985 under the patronage of the ruling monarch. This year too King Salman bin Abdulaziz Al Saud is the patron of the festival, the biggest cultural festival of the Gulf that brings to life the culture and heritage of the oil-rich desert kingdom of 32 million people.

From the rich tapestry of colours, aroma of delicacies, reverberating sound of music to insightful intellectual debates, the two-week long festival has something for all.

2018 marks the 32nd edition of the festival. Organised every year by the Saudi National Guard, a primary goal of this festival is to highlight Saudi Arabia’s Islamic identity, display its national heritage and help preserve it for generations to come.

However, Al Janadria is not only aiming to educate its own citizens on its culture, it also aims to acquaint its people with the cultures of other countries. For this purpose, every year the country nominates a “Guest of Honour” at its festival. This year the chosen country is India. The country that has been accorded this honour gets to present facets of its culture, business opportunities and scientific, technological, medical and military progress. .

The invitation to India for this prestigious festival is a testament to the growing relationship between Saudi Arabia and India.

Sushma Swaraj, who is leading a large delegation that includes Minister of State for External Affairs V.K. Singh, will be accompanied by members of the Federation of Indian Chambers of Commerce and Industry (FICCI), who are the Industry and Execution partner for the Indian Pavilion at the Janadria festival named after the place outside the national capital, where it is held.

The India Pavilion will provide glimpses of traditional and modern India. There will be displays and presentations by ministries/departments such as Indian Ordnance Factories Board, Indian Space Research Organisation, Ministry of AYUSH, India Tourism board, Ministry of Shipping, Ministry of Textiles, Handicrafts Promotion Council, Ministry of Food Processing Industries, Skill Development, Digital India, and Make in India, among others.

The festival features a variety of activities including a camel race, horse race, sports, dance, arts, history, falconry, and traditional arts and crafts.

This year, with India the guest of honour, the festival will witness a display of Indian cultural performances such as Kathakali, Kalariyaptu, Kathak, Manipuri, Chhau, Bangra, Bollywood, Gujarati and Rajasthani. Yoga performances have also been arranged.

The festival is expected to draw millions of visitors from Saudi Arabia and abroad. 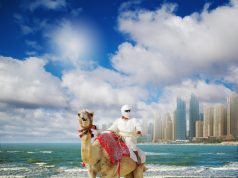