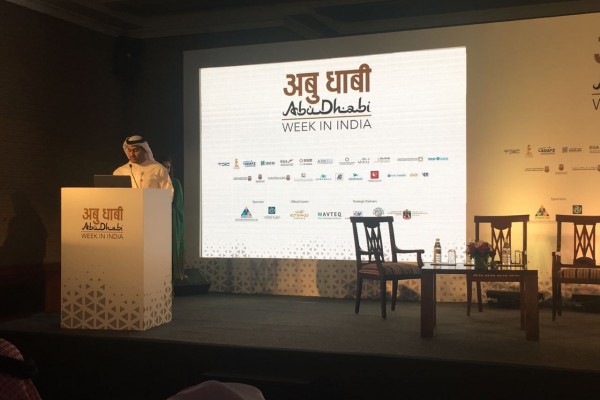 ”The Government of Abu Dhabi is committed to advance its economic relations with all partners, including India, under the UAE policy of economic openness, free trade exchange and facilitation of foreign direct investment,” he stated.

”The Abu Dhabi Week in India provides a valuable opportunity to learn from the successful stories of each other so as to deepen our partnership and usher into a new constructive joint partnership between Abu Dhabi and India,” he added.

He elaborated on Abu Dhabi’s strategic location and economic, trade and investment attractions and strengths, which he said, allows Indian investors have access to 3 billion consumers in the Middle East markets.