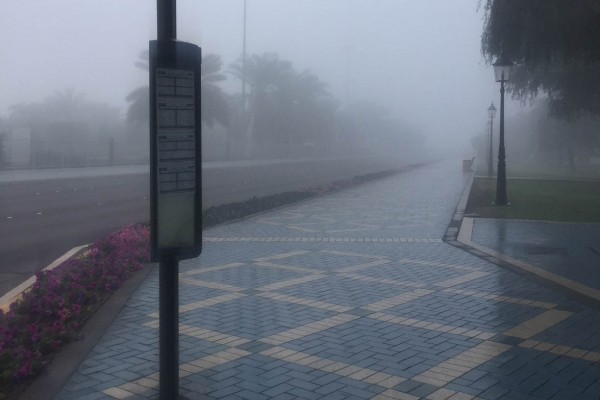 The National Centre of Meteorology warns of low visibility due to fog … reports Asian Lite News.

The National Centre of Meteorology, NCM, has urged motorists to be cautious due to the formation of fog in various parts of the country.

In a statement on Monday, the centre said that today and tomorrow the weather will be humid overnight and during early morning with fog formation across much of the country. Skies will become partly cloudy and hazy during the day on Tuesday.

The wind will be light to moderate southeasterly to northwesterly in general, becoming fresh northwesterly by Tuesday morning over the sea and extending inland during the afternoon with chance of rising dust, with speed 10 to 25 km/hr. Wind speeds may reach 30 km/hr on Monday, becoming 20 to 35 km/hr by Tuesday and may reach 50 km/hr over the sea. The sea state will start light to moderate during Monday, becoming rough to very rough at times over the Arabian Gulf by Tuesday and moderate in the Gulf of Oman.

The NCM added that from Wednesday to Friday, weather will be fair to partly cloudy in general, while continuing humid overnight and in the early morning. The chances of fog and mist formation will decrease and may restricted to only a few areas on Wednesday and Thursday morning.