German Chancellor Angela Merkel on Friday warned the US of counter-measures if it imposed punitive tariffs on European cars, saying the move would only create “losers and cause retaliation”…reports Asian Lite News

“We have regarding trade a very, very serious situation in the world, I want to clearly state this,” said Merkel at a news conference.

“We don’t want these tariffs, we believe that we will damage each other, not only that we in the EU will be harmed but that these can have a far broader impact,” she said, adding they would pose “a real danger for the prosperity of many in the world.”

Merkel’s comments came days before European Commission President Jean-Claude Juncker is due to meet US President Donald Trump on Wednesday to discuss ways to prevent the punitive tariffs.

“These (talks) are our preferred course of action,” Merkel said. “But should they not lead to results, we in the EU, as you have heard, will discuss countermeasures. But this is by far the worst solution.”

The Trump administration is weighing import duties of 20 per cent to 25 per cent on European automotive products on national security grounds. The threat puts more than $50 billion worth of European imports at risk and has created panic in Europe’s largest economy.

Trans-Atlantic duties on cars have been unchanged for decades. The US charges 2.5 per cent on passenger car imports and 25 per cent on pickup trucks and vans. The EU charges 10 per cent on both.

Germany, with some of the world’s largest car makers, would be affected hard by US import tariffs.

US administration officials have proposed a bilateral trade deal cutting tariffs on cars between the two regions, but EU officials along with Merkel have said that’s not possible under World Trade Organization (WTO) rules.

In her news conference, she also highlighted the importance of a close trans-Atlantic relationship with the US despite current differences in opinion with Trump in some areas.

“One can say values, or our usual framework, are under strong pressure right now”, she said. “Nonetheless, the trans-Atlantic working relationship…is crucial for us and I will continue to cultivate it,” she added.

But she also warned that Europe has become more independent because the US is no longer the country that guarantees order around the globe. 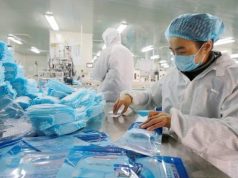