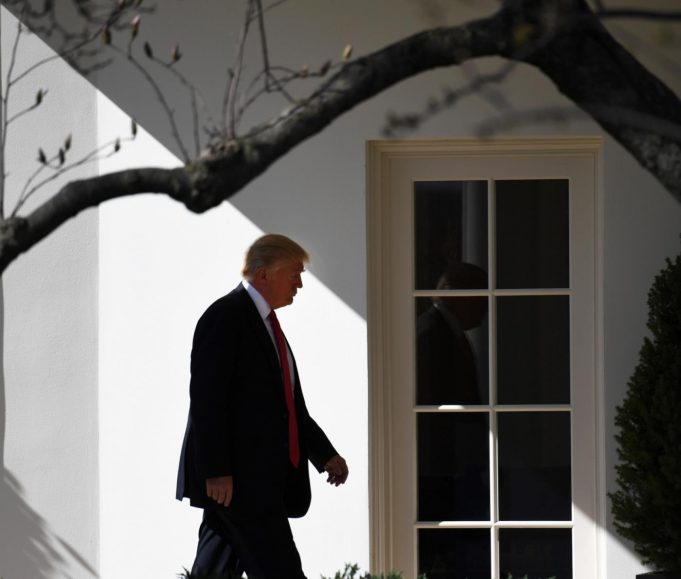 US President Donald Trump will skip scheduled sessions on climate change, clean energy and oceans during the two-day G7 Summit which is slated to begin on Friday in Quebec, Canada, the White House announced.

Sarah Huckabee Sanders, the White House press secretary, announced on Thursday that Trump will leave the resort in Charlevoix (where all the events are taking place) at 10.30 a.m. on Saturday, well before the Summit officially concludes later that day, reports The New York Times

He will attend an early-morning session on “women’s empowerment”, but he will be gone before any joint statement is issued by the other leaders, Sanders added.

“The American President may not mind being isolated, but neither do we mind signing a six country agreement if need be,” Macron tweeted.

“Because these six countries represent values, they represent an economic market which has the weight of history behind it and which is now a true international force.”

Also on Thursday, Trudeau said at a news conference that with Macron, “we are going to defend our industries and our workers” and “show the US President that his unacceptable actions are hurting his own citizens”.

“Please tell Prime Minister Trudeau and President Macron that they are charging the US massive tariffs and create non-monetary barriers,” he tweeted.

“The EU trade surplus with the US is $151 Billion, and Canada keeps our farmers and others out… Look forward to seeing them tomorrow.”

Trump is scheduled to arrive Friday morning at the Summit. He will then attend a gathering that traditionally includes a moment of global camaraderie — the “family photo” that captures Presidents and Prime Ministers smiling for the camera.

The tariffs he imposed last week on Canada, Mexico and the European Union have drawn a sharp backlash from allies, whose leaders have described feelings of anger, regret and confusion, reports CNN.

“Patently absurd” is what Liam Fox, the British trade minister, called them. German Chancellor Angela Merkel said they were “illegal”, while Trudeau said they were “insulting and totally unacceptable”.

But Trump’s aides have signaled that he was unwilling to rethink the decision.

“There are disagreements. He’s sticking to his guns, and he’s going to talk to them,” said Larry Kudlow, Trump’s top economic adviser, at a briefing on Wednesday.

He described the disputes as a “family quarrel”.