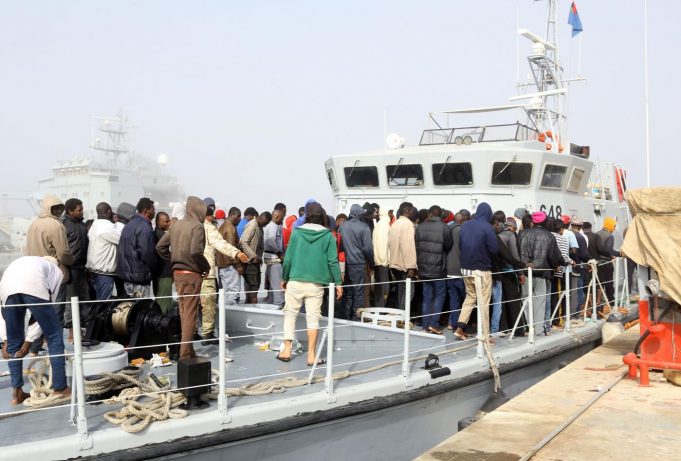 The US has imposed sanctions against six men for their involvement in human trafficking and smuggling of migrants in Libya in a case first exposed by a CNN undercover investigation.

The US Treasury on Monday announced financial restrictions placed on the six men as a result of the CNN probe that documented how the men profited from the smuggling and exploitation of migrants and refugees in a network that spanned Africa.

The US Ambassador to the UN, Nikki Haley, said the images seen in the report of people being sold as slaves in Libya “shocked our conscience”.

Monday’s sanctions, which include blocking their assets, come not long after the UN Security Council slapped sanctions on the group on June 7 as part of a Dutch-led initiative, which was also supported by the US, UK, France and Germany.

The men are accused of leading criminal networks that traffic vast numbers of vulnerable migrants through Libya to Europe.

One of them is a commander with the Libyan Coast Guard. He is accused of using firearms to deliberately sink boats carrying migrants.

Another is accused of having longstanding links with the Islamic State (IS), according to UN documents obtained by CNN.

Others in the group are accused of selling migrants as “sex slaves” and being responsible for some of the worst migrant boat accidents in the Mediterranean.

The sanctions imposed will freeze the six men’s financial assets including personal bank accounts and the revenue from their global business activities.

They will also be subject to strict travel bans.

Each year, tens of thousands of people pour into Libya — the final transit stop before a short but dangerous sea voyage across the Mediterranean to Europe.

For those involved in the smuggling and trafficking networks, it has been a lucrative and exploitative business with revenues in the billions, according to the European Migrant Smuggling Centre (EMSC).

In 2015, migrant smuggling networks made between $5-7 billion trafficking people bound for Europe, according to a 2017 EMSC report.