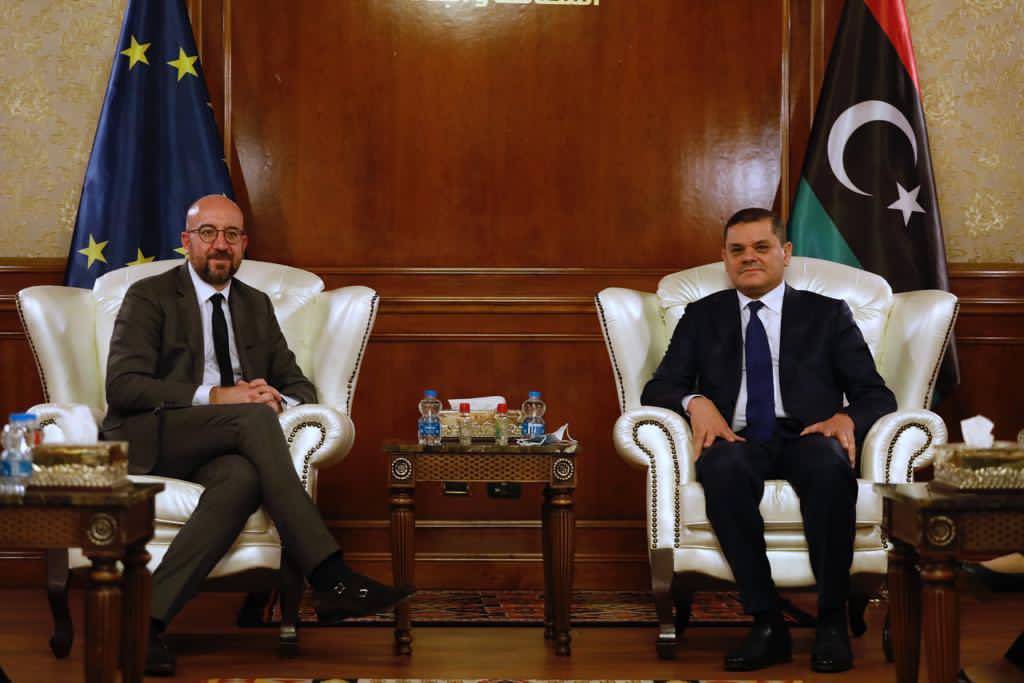 Charles Michel, President of the European Council, met the Prime Minister of Libya Abdul Hamid Dbeibah in the capital Tripoli, and stressed the European Union (EU)’s support for stability in the war-torn country.

“Michel also emphasised that all the EU countries speak with a unified voice regarding supporting the Libyan authorities in all issues, including development, immigration, security, and elections,” it said.

The Prime Minister commended the EU’s role in supporting stability and security of Libya, stressing the importance of the Libyan-European partnership and cooperation in issues of mutual interest, the statement added.

In a tweet on Sunday, Michel said: “I came to Tripoli in a moment of hope and challenges. The EU stands by the Libyan people and its new leadership.

“We are ready to increase our support to a unified, sovereign, stable and prosperous Libya.”

Dbeibah’s Government of National Unity was approved by the House of Representatives (Parliament) in a major step towards re-establishing stability in the country that has been roiled by conflict for a decade.

The interim government is tasked with preparing for national elections, scheduled for December 24.

This government has replaced the UN-backed Government of National Accord (GNA), which has been in charge of Tripoli and western areas, alongside the competing eastern administration linked with warlord Khalifa Haftar.

Libya plunged into chaos after the fall of late leader Muammar Gaddafi’s government in 2011, witnessing prolonged conflict between the eastern-based Haftar-led Libyan National Army (LNA) and the GNA in the country’s west.

Due to the protracted armed conflict, political and economic crises and the coronavirus pandemic, nearly 1.2 million people, including over 348,000 children, require humanitarian assistance in Libya, according to the Unicef.