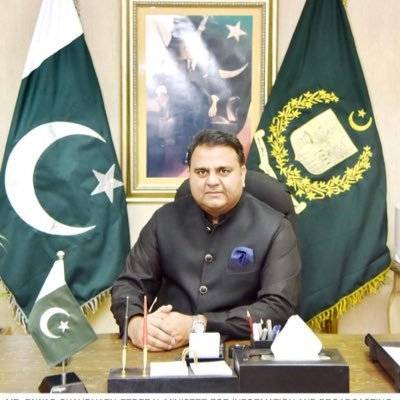 Chaudhry alleged that the party “is against women’s rights and is a supporter of extremist policies when it comes to religion.” …reports Asian Lite News

Pakistan Minister for Information and Broadcasting, Fawad Chaudhry, on Tuesday predicted Pakistan would face “downfall” after the Jamiat Ulema-e-Islam (JUI) scored big in the first phase of local body elections in Khyber Pakhtunkhwa, The News reported.

Addressing a post-cabinet press conference, Chaudhry termed the victory as “unfortunate”, as he stressed that the party “is against women’s rights and is a supporter of extremist policies when it comes to religion”.

“Imran Khan is the leader of the federation, and it is important for the leadership and workers of PTI to put aside their differences and strengthen Imran Khan,” Chaudhry said.

“Without Imran Khan, Pakistan’s politics would disintegrate,” he added.

The minister said that it was a “misfortune that a party that should have been dismantled” won in the local body polls because of “our mistakes”.

“Due to administrative problems, we suffered some setback in the local body elections in Khyber Pakhtunkhwa,” Chaudhry maintained, adding that PTI is “the only national party in the country”, the report said.

He said parties like JUI could not be PTI’s substitute, whereas PML-N and PPP “had no place” in national politics.