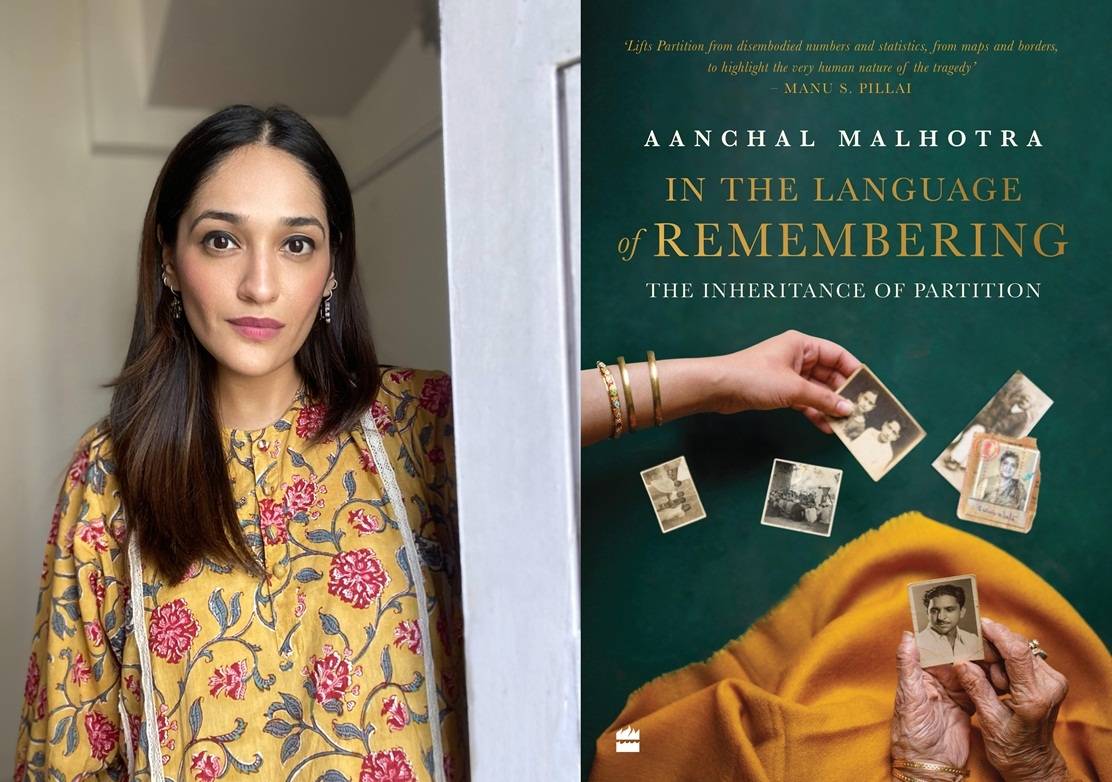 Aanchal Malhotra is an oral historian and writer from New Delhi. She is the co-founder of the Museum of Material Memory and writes extensively on the 1947 Partition and its related topics…writes Sukant Deepak

Publishing in the 75th year of India’s Independence and Partition, Aanchal Malhotras “In The Language of Remembering – The Inheritance of Partition” serves as a reminder of the price this land once paid for not guarding against communal strife, and what could happen once again should we ever choose division over inclusion.

It’s the much-anticipated sequel to Malhotra’s remarkable debut book, “Remnants of a Separation” that was published in 2017 to mark the 70th anniversary of India’s Partition. It told a human history of the monumental event by exhuming the stories lying latent in ordinary objects that survivors had carried with them across the newly made border. It was acclaimed for the freshness of its approach to a decades-old, much-written-about subject. But more significantly, it inspired conversations within families: between the generation that had witnessed Partition and those who had only inherited its memories.

“In the Language of Remembering”, as a natural progression, reveals how Partition is not yet an event of the past and its legacy is threaded into the daily lives of subsequent generations. Bringing together conversations recorded over many years with generations of Indians, Pakistanis, Bangladeshis, and their respective diaspora, it looks at how Partition memory is preserved and bequeathed, its consequences disseminated and manifested within family, community and nation.

With the oldest interviewees in their nineties and the youngest just teenagers, the voices in this living archive intimately and sincerely answer questions such as: Is Partition relevant? Should we still talk about it? Does it define our relationships? Does it build our characteristics or augment our fears, without us even realizing?

“In the last decade of working as an oral historian of the 1947 Partition, I have realised that the impact of Partition does not always end with those who witnessed it. Through interviews with descendant generations, I noticed that some like myself felt shades of their ancestors’ trauma. They wanted to speak about a tragedy they had not witnessed, but which impacted them sometimes in silent ways,” Malhotra said of the book.

“While there are multiple archives that record eyewitness memory, there are hardly any that attribute the same seriousness to descendant testimonies or even to the passage of memory from one generation to another. But it is important for this kind of intergenerational, cross-border, oral history archive to grow as well to understand how inherited memory may shape and re-shape present worlds. In the Language of Remembering’ consists of interviews recorded over several years with Indians, Pakistanis and Bangladeshis, and serves as a record for how the 1947 Partition continues to impact generations of South Asians born after it,” she added.

Siddhesh Inamdar, Executive Editor, HarperCollins India, said: “One can argue that the mark of an accomplished contemporary historian is how effectively she can draw links between the past and the present. Aanchal Malhotra fares wonderfully on that test with her new book. Its standout quality is that in it the subcontinent’s history gains a profound resonance: 1947 links forward to 2022, the partitions of the past metamorphosing into the fault lines of the present.

“The book is as much about India’s future as it is about the lessons drawn from the moment of the nation’s origin. At its core are Aanchal’s compassion and empathy as she exhumes silent, fading stories to build a monumental, human history of Partition. This is a book that we at HarperCollins are proud to be publishing as it marks 75 years of Partition and remembers its horrors in a way that treats its survivors  across the borders of country, class and religion with respect.”

For the past five years since “Remnants of a Separation”, said Udayan Mitra, Executive Publisher, HarperCollins India, “we’ve been waiting for more  because the remnants of Partition, of course, are far from being erased from the present that we inhabit. Malhotra’s new book is not a history of the past; it is a living document for the present”.

Aanchal Malhotra is an oral historian and writer from New Delhi. She is the co-founder of the Museum of Material Memory and writes extensively on the 1947 Partition and its related topics. Her first book, published in South Asia as “Remnants of a Separation” and internationally as “Remnants of Partition”, was shortlisted for the Sahitya Akademi Yuva Puraskar, British Academy’s Nayef Al-Rodhan Prize for Global Cultural Understanding, Hindu Lit for Life Non-fiction Prize, Kamaladevi Chattopadhyay NIF Book Prize and the Shakti Bhatt First Book Prize.