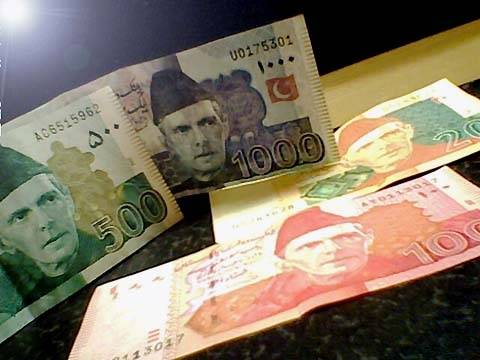 The Pak currency dropped 0.48 pert cent (or Re 1) to a new historic low beyond the important threshold of Rs 186 against the US dollar in the inter-bank market on Wednesday…reports Asian Lite News

The Pakistani rupee hit a record low of Rs 186.13 against the US dollar on Wednesday, compared to Rs 185.23 on the previous working day, according to the data released by the State Bank of Pakistan (SBP), Geo News reported.

The Pak rupee has maintained a non-stop downward streak for the 16th successive working day except on March 24, when it closed flat compared to the previous day’s closing with investors worried about the political situation and economy, adding pressure on the central bank to rescue the falling currency.

The Pak currency dropped 0.48 pert cent (or Re 1) to a new historic low beyond the important threshold of Rs 186 against the US dollar in the inter-bank market on Wednesday.

The latest decline in rupee was seen after the Pakistan Bureau of Statistics (PBS) reported a significant surge of 70 per cent in trade deficit to $35.4 billion during the first nine months (July-March) of the current fiscal compared to the same period last year.

Besides, the International Monetary Fund (IMF) placed the ongoing $6 billion loan programme on hold for the third time in wait for the new government.

The IMF, however, clarified that it would engage to promote macroeconomic stability and looked forward to continuing its support to Pakistan.