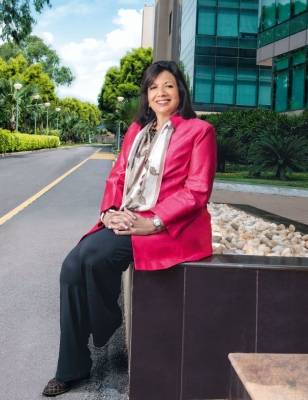 NCP Chief Spokesperson Mahesh Tapase said Mazumdar-Shaw has set a glowing example in the corporate world by speaking her mind on the increasing communal divide in Karnataka that had the potential to destroy that state’s global leadership in the IT and BT sectors.

“Karnataka Chief Minister Basavaraj Bommai can learn from the Maha Vikas Aghadi government and try to instill faith and confidence among the people, especially minorities, of his state who have been expelled from doing business near temples. Not only the civil society, but the world at large is closely watching Karnataka,” Tapase said.

He expressed hope that more Indian corporate leaders, especially from the country’s commercial capital Mumbai, will make a ‘conscious choice to speak the truth’ to strengthen democracy and uphold Constitutional safeguards.

The NCP leader’s comments came in the wake of the backlash Mazumdar-Shaw faced from sections of the Bharatiya Janata Party and other groups for her frank utterances on the communal situation in Karnataka.

Mazumdar-Shaw set the political and corporate worlds aflutter with her tweet: “Karnataka has always forged inclusive economic development and we must not allow such communal exclusion. If IT-BT became communal it would destroy our global leadership.”

As she was trolled, Mazumdar-Shaw regretted how “vested interests are hijacking the issue to political parties…” and how she did not want such incidents to detract from economic progress, while urging all political parties to work in this direction.

On Thursday, after Chief Minister Bommai urged for restraint in all sections, Mazumdar-Shaw commended him and wholeheartedly endorsed his suggestion to resolve issues through discussions.

Mazumdar-Shaw became the first major Indian corporate personality to voice her concerns as Karnataka came in the grip of the hijab row, certain Hindutva groups trying to keep away Muslim traders near temples or festivals, and calls for ban on ‘halal’ meat, etc.

The warning by the industry leader Kiran Majumdar-Shaw assumes significance in the wake of a series of developments in this regard and meeting by Hindu groups in Bengaluru on Thursday to intensify the ban call on Muslim merchants.

The experts, litterateurs fearing the creation of a deep communal divide in the society have also written to the Chief Minister urging him to take action. Muslim leaders have also met powerful and influential Pejawar Mutt seer seeking his intervention in the matter.

However, the government in the Assembly has said that they cannot stop temple authorities from banning non-Hindu merchants from carrying out businesses within temple premises and religious fairs. The Hindu activists have got the shops owned by Muslims removed from the religious fairs.

“We have been living with our beliefs on various issues over the years. Karnataka is known for peace and progress. It is possible to resolve social issues through peaceful talks. So everyone should behave with restraint and cooperate to maintain peace and order,” chief minister Bommai said.

Unfortunately, vested interests are hijacking the issue, he said.

Bommai was speaking to media persons at Vidhana Soudha.