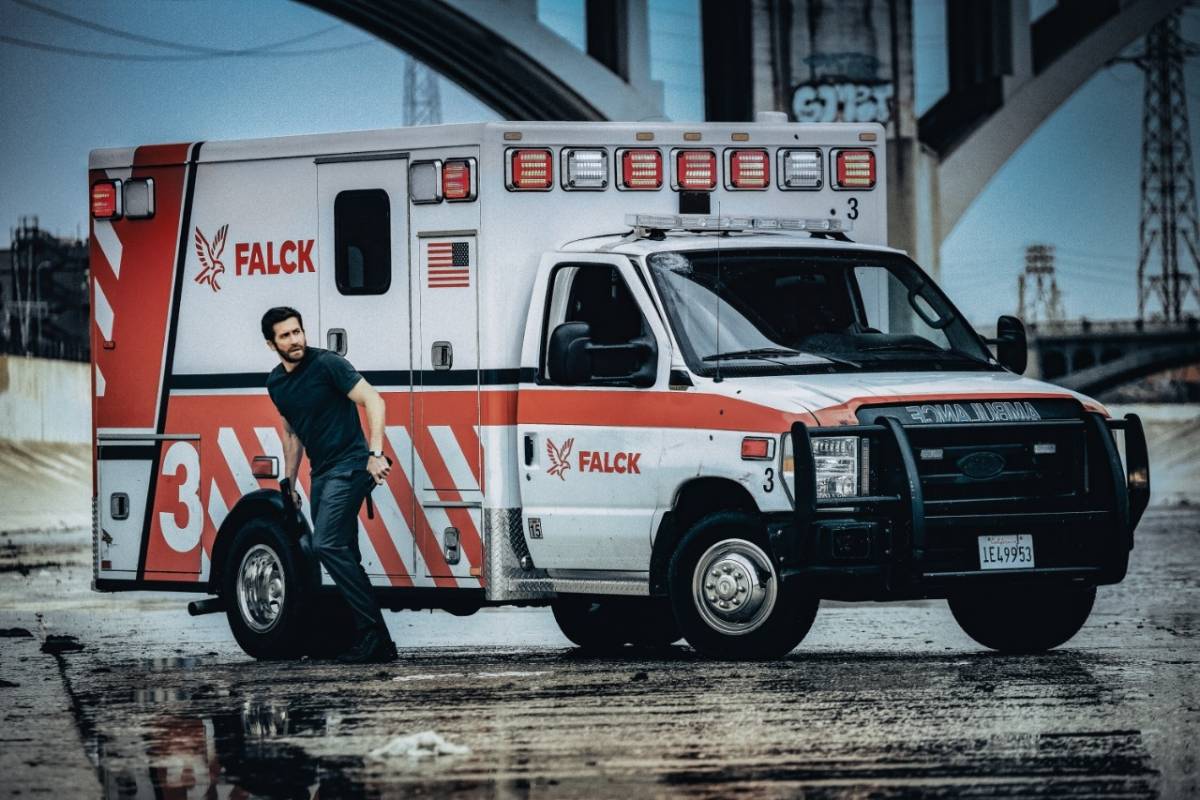 Yahya Abdul-Mateen II plays William Joes Sharp aka Will, an Army veteran – who is desperate for money after his wife is diagnosed with some serious, unexplained health issues.

Despite a few strong emotional beats, ‘Ambulance’ – a heist drama, is as unexceptional as its basic title. This unoriginal story of two brothers drawn into an ill-fated robbery is notable for raising one pervasive question: What is Emmy winner Yahya Abdul-Mateen II, who was earlier seen in films like ‘Candyman’ and ‘The Matrix Resurrections’, and Oscar nominee Jake Gyllenhaal, who featured in ‘Zodiac’ and ‘Spiderman: Far From Home,’ doing in such a disposable potboiler?

The film begins with a sketchy insight of the characters and then directly plunges into its inciting moment.

Yahya Abdul-Mateen II plays William Joes Sharp aka Will, an Army veteran – who is desperate for money after his wife is diagnosed with some serious, unexplained health issues.

He assures his wife that he would even be willing to work in a warehouse as a forklift driver, but in his desperation, he approaches his adoptive brother Danny – a hard-core bank robber, who asks him, “How much do you need?”

Danny offers him a chance to make his money by sharing a piece of the 32 million heist he planned. “It’s the biggest bank heist in Los Angeles history,” he boasts. He then coaxes Will with, “It’s time to do something for yourself and your family,” and ends his conversation emphasising, “Your family.”

Will bites the bait.

But, when the heist goes awry, the despairingly frantic brothers hijack an ambulance with a bleeding policeman and paramedic Cam Thompson (Eiza Gonzalez) onboard.

What follows is a high-speed pursuit that never stops. Despite their attempt to evade the Los Angeles Police Department and the FBI, who are on their trail, and their attempt to keep their hostages alive, things go south for the brothers.

While the elements go south for the protagonists, the plot, which began on a sketchy or wobbly note, unexpectedly inches north, making the viewing engrossing.

On the performance front, the actors deliver their parts earnestly.

There are many thrilling moments in the 137 minutes runtime, with the police vehicles and helicopters chasing the ambulance, along with gun battles and ambushes. Unfortunately, these over-loaded action sequences appear generic and tedious at times. Despite this, it is during their escapade, that the brothers’ characters surface, and there is an emotional connection that bonds the viewers to the screen.

Later, when you reflect on the film, Danny’s line, “We are not the bad guys, we are just the guys trying to get home,” resonates in your mindscape.