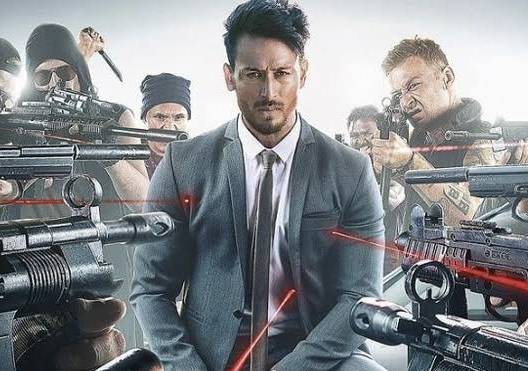 Tiger Shroff made his debut with ‘Heropanti’ and he has come a long way from the bylanes of Haryana and gone global with the second instalment of the film.

Helmed by choreographer-turned-filmmaker Ahmed Khan, who has successfully taken the movie to a whole new level from the previous one, the film from Nadiadwala Grandson Entertainment has an international vibe with massive sets, impressive locations and stellar music composed by A.R. Rahman.

An ambitious hacker, Babloo Ranawat (Tiger Shroff), doesn’t really care much about the consequences when he tricks people online with his digital scams. And he finds himself romancing Inaaya (Tara Sutaria), who is the sister of international digital fraudster Laila (Nawazuddin).

Laila is a genius, who develops an app (Pulse), which steals the bank details of its users, but he needs someone who can help him pull off the biggest heist in history. Babloo comes in handy and the duo soon come to an understanding that dating Inaaya comes with certain conditions, namely, working for Laila and helping him pull off the heist with his app on March 31, last day of the financial year, when everyone has bank accounts loaded with cash.

Everything was going as planned until Babloo finds himself developing a conscience as he encounters a helpless victim of his own crime, played by Amrita Singh. She takes to Babloo and the duo develop this mother-son bond. The consequence is that Laila tries to kill Babloo, who promises to redeem himself and what happens next is the crux of the narrative.

With an impressive ensemble cast, decent budget and amazing performances, the film holds your attention and the issue of digital fraud is addressed subtly. Though the story is about cyber scams, the issue is not in your face throughout the movie.

Tiger Shroff and Nawazuddin Siddiqui hold the film on their shoulders and deliver superbly.

Bollywood is known for making heist movies, but never before has anyone attempted to make a smart digital heist action drama on this ambitious scale. The film, despite a few holes in the storyline, is a rock-solid family entertainer.