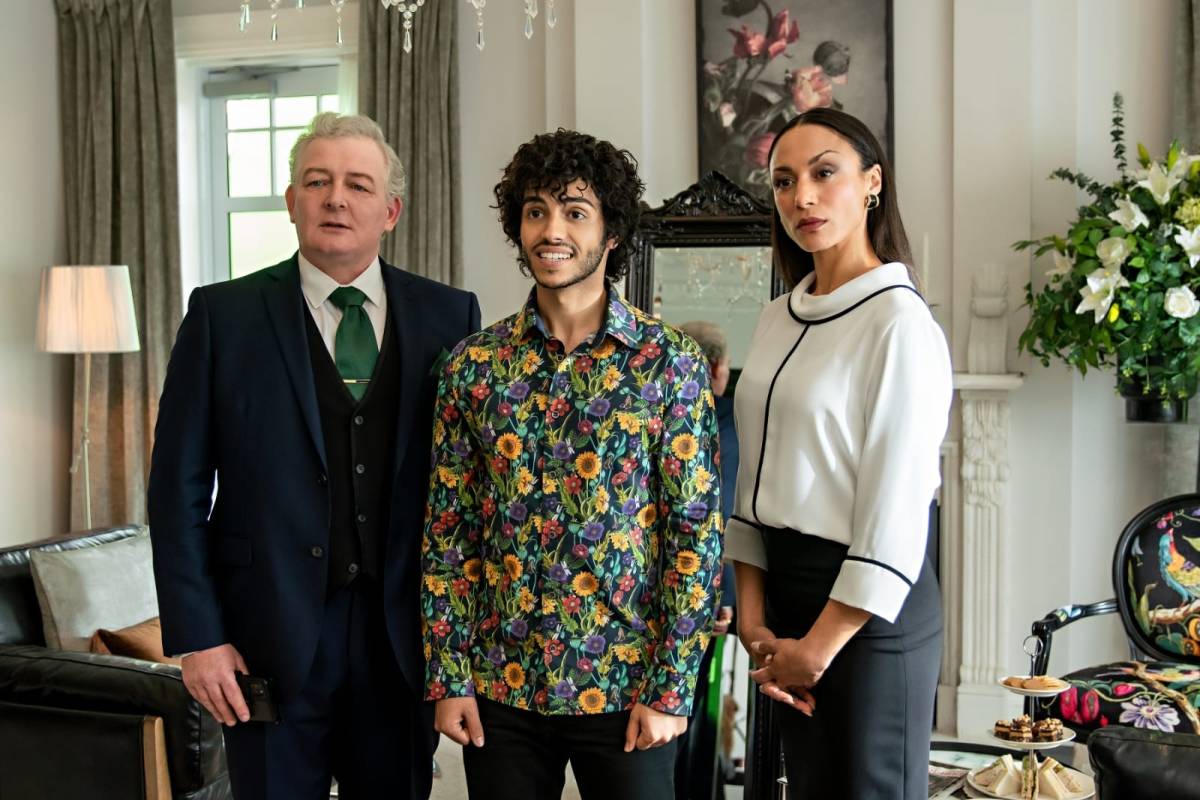 Soon both of them become aware that their lives are bound by family obligations and duties, and naturally, romantic sparks innocently begin to fly. But then reality intervenes, and how their destinies become further entangled forms the crux of this tale…writes Troy Ribeiro

‘The Royal Treatment’ is an outright fairy tale with a modern approach. It is the oft-heard and familiar tale about a prince who finds his true love among the commoners.

There’s little to the characters beyond what we learn at the start and how a couple of additional details adjust our understanding of how we should feel about them. In this case, the stifled Prince Thomas of Lavania is in New York for his engagement party to the hotel heiress Lauren (Phoenix Connolly). He needs a haircut, and his butler mistakenly fixes him for an appointment with the hairstylist of a run-down beauty salon called Bellissime, situated in the suburb.

When the spunky beauty salon owner Izzy arrives, the prince finds himself drawn towards her indomitable spirit. And, when his fiance’s family is looking for a hairstylist for the wedding in Lavania, the prince and his butler promptly recommend Izzy and her team.

After Izzy and her two assistants, Destiny (Chelsie Preston Crayford) and Lola (Grace Bentley- Tsibuah), arrive at Lavania, and when they both visit a down market area called “Uber die Gliese” which means, over the tracks, the prince realises that Izzy has a heart of gold.

Soon both of them become aware that their lives are bound by family obligations and duties, and naturally, romantic sparks innocently begin to fly. But then reality intervenes, and how their destinies become further entangled forms the crux of this tale.

Apart from the romance, which is built on tropes usually adopted in Disney films, the characters are cardboard thin, and the plot has no layers and appears frothy even while speaking about injustice, gentrification, and even the Gandhian principle of being the change you want to see in the world. Also, the conflict, handled in a very non-conventional style and modern approach- drains the film of any chance of complexity.

On the production front despite being mounted with ace production values, the set and characters appear to be a deliberate melange of style, culture, and races.

As for the performances, the film is Marano’s canvas, and she excels in every frame. Massoud complements her with equal fervour. They are both natural and charming as individuals, but together, their chemistry is simply saccharine sweet and bland. The others in supporting roles deliver unfiltered performances that make them sparkle during their moments of on-screen glory.

Overall, this film will appeal to those who love fairy tale romance.