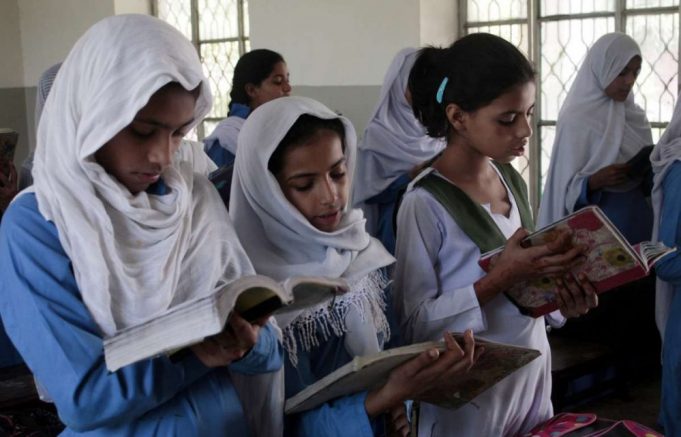 Afghanistan, which is working to reform its education system, will adopt the Happiness Curriculum devised by the Delhi government with a focus on holistic education — to bring peace to the mind of children…reports Asian Lite News

“I am very attracted with the idea of the Happiness Curriculum. We are living in the same region and so the tension children (suffer), I think, is the same. But I will say the tension in Afghanistan is more than India because of the conflict situation that we have,” Afghanistan’s Acting Education Minister Mohammad Mirwais Balkhi told IANS, adding that being a conflict zone, children in his country go through a lot of mental trauma.

“Sometimes a young child (in Afghanistan) has a tension level of an aged person because of the war. So, the approach can bring peace to the mind of our children so that they can learn in a peaceful environment,” said Balkhi, who was in Delhi to attend the Asian Summit on Education and Skills organised by the Delhi government.

The Happiness Curriculum — introduced in July for government school students between nursery and class VIII — was started to improve their physical and mental health and to solve problems caused due to negative and destructive emotions like anger, hatred and jealousy.

During the 45-minute “Happiness Class”, the students immerse themselves in meditation, value education and mental exercises. The curriculum, designed and prepared by a team of 40 Delhi government teachers, educators and volunteers over a period of six months, is activity-based and without a formal examination.

“We have to see how we can adopt and implement that in Afghanistan and localise the text and guide books. Sisodia promised to help us in this regard and also to see how teachers can be trained,” Balkhi said.

“Trainers from our country can come to Delhi and can learn from the experience,” he said.

Afghanistan, he said, will also work in the field of curriculum development from the Indian experience.

Calling the education system in his country “very traditional”, he said Afghanistan is taking steps to overcome challenges and to modernise the system.

“We have a very traditional education system in Afghanistan which was modernised and systemised only after 2001 (when the Taliban was ousted from power. Our aim is to bring all children — boys and girls from different parts of the country — into the classroom.”

Apart from the curriculum, the country is also reforming its education sector by starting capacity-building exercises for teachers and adding more women in the ministry.

“Capacity-building for teachers is also going on in different fields. Over 50 per cent schools lack buildings and are running under tress and or in tents. We also need an additional 52,000 teachers,” he added.

Through a national test, the country had recruited 8,000 teachers with 50 per cent of the seats reserved for women.

“In the coming months we will conduct another test to recruit 24,000 more teachers with 50 per cent of the seats reserved for women.”

Speaking about the challenges, he said the country was facing both the traditional and non-traditional varieties.

“Till now, most of our steps (in the education sector) were without any direction. In 2018, we defined the knowledge and skill-based education in the country. We targeted the social and market needs of the country,” he said.

“The displacement is also very high in the country due to various reasons, including the war, drought, floods and other natural disasters,” he said.