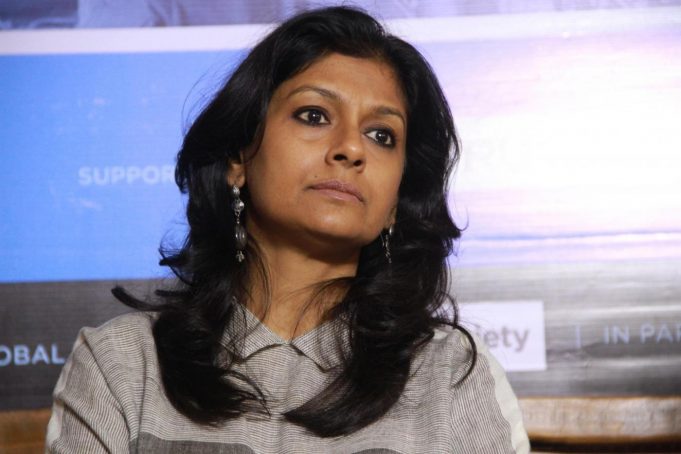 Is getting sexual freedom the only way for women to be free, asks acclaimed actress and filmmaker Nandita Das as she wonders why most women-centric films only touch upon the issue of female sexuality. Reports Asian Lite News..

She says such projects undermine “many struggles that women go through and further panders to the male gaze” in an industry, where she feels murmurs about the #MeToo and Time’s Up movements have been “too low”.

From narrating the trauma of a gang-raped victim in “Bawandar” or highlighting homosexual relations though a lesbian relationship in “Fire” or initiating a campaign to embrace dark skin — Nandita has always tried to give voice to women who are fighting for equal rights and acceptance, with her projects. And she hopes to continue with it.

“When a project is submitted, the question is still asked — who is the hero? This will take some time to change. An A-list actress will never have an A-list actor playing opposite her if she’s playing the lead. While the opposite happens all the time,” Nandita told IANS in an e-mail interview.

“Female actors are still stereotyped in their portrayal as being constantly good-looking (read sexy, if they are young, which they invariably need be) and their career is still much shorter than the male stars, who at 50 can play college boys. Having said that, definitely more and more women are now behind the camera so there is a little more representation and diversity. But still far from being enough,” she added.

The actress asserted that “stories exploring women’s issues are increasing, though every second film is focusing on sexual freedom by showing their sexy bodies and speaking profanity, as if this was the only way to be free”.

“It is undermining many struggles that women go through and further panders to the male gaze,” she said, taking a sly dig at Kareena Kapoor Khan’s “Veere Di Wedding” — a project which garnered mixed response to the narrative of how women openly talk about their sex lives and hurl abuses.

Nandita, whose “Manto” was the only Indian film in Un Certain Regard category at 71st Cannes Film Festival this year, joined Hollywood stars Kristen Stewart and Jane Fonda among many others in a protest against gender gap at the film fest.

The “Firaaq” maker says she was “delighted to be part of that five per cent who have had that honour to walk the red carpet, marching along 81 other women”.

But she is disappointed that movements like #MeToo and Time’s Up didn’t gain mileage in India, as compared to the West.

Such movements pitching for women empowerment has seeped into the West, taking in account how people in powerful positions exploited people entering the industry, resulting in exposure of many, including Harvey Weinstein and Kevin Spacey.

Expressing her opinion on the initiatives, Nandita said: “Some of us hoped the #MeToo and Time’s Up movements would hit Indian shores harder, exposing the open secrets of Bollywood and of every other profession where men have misused their power to harass and assault women.

“Unfortunately, the murmurs have been too low. The few women who did speak were predictably ostracised. Often abuse was given the colour of being consensual, silencing the ripples, even before they could become a wave.”

She is not giving up on hope.

“Despite the low murmurs, I hope that we will find a way to be heard. Voices will emerge that will open doors for many more. After all, even in the West, rampant abuse has stayed under the surface for decades, some of the most powerful women had chosen to remain silent. It took a few brave ones to break it.

“The onus needn’t only be on the women to speak up, joining the #MeToo campaign. Our dream for an equal world must be seen collectively, a call to action because the Time’s Up,” added the actress.

At the moment, she is looking forward to the release of “Manto”, in which she has traced the life of writer Saadat Hasan Manto. Nawazuddin Siddiqui will be seen bringing the character to life.

“Manto”, co-produced by HP Studios, Filmstoc and Viacom 18 Motion Pictures, is expected to release in India in September.