Pakistan, currently battling to stave off an economic crisis, secured the bailout from the global lender. The funding, which still needs approval from the IMF’s management, would be provided over three years.

The government’s deal with the IMF drew heavy criticism from the opposition over an almost certain possibility of higher inflation and slowed economic growth, Geo News reported.

A session of the National Assembly will be held later on Monday where the opposition parties are expected to slam the bailout agreement.

The latest agreement marks Pakistan’s 22nd bailout from the IMF as the country’s economy teeters due to low growth, soaring inflation and mounting debt.

“The IMF team has reached a staff-level agreement on economic policies that could be supported by a 39-month Extended Fund Arrangement (EFF) for about $6 billion,” the IMF had announced in a press release.

The global lender said that it aims to support the Pakistan government’s structural reform agenda during the next three years.

“This includes improving public finances, reducing public debt through tax policy and administrative reforms to strengthen revenue mobilization and ensure a more equal and transparent distribution of the tax burden.”

According to Pakistan’s finance adviser Abdul Hafeez Sheikh, the country will receive $6 billion from the IMF in addition to $2 to $3 billion from the World Bank and Asian Development Bank over the next three years.

Slamming the bailout, Pakistan Muslim League (Nawaz) spokesperson Marriyum Aurangzeb said it was better for the Prime Minister “to have committed suicide (making good on his promise) than to have agreed to the $6 billion deal” with the IMF.

Pakistan Peoples Party Senator Sherry Rehman said: “The journey from #TabdeeliSarkar to #GhulamiSarkar is now complete. Other governments ran IMF programmes but nothing like the creeping coup of the economy that’s been happening since new government came in.

“We will hang ourselves but never go to the IMF’ ringing in all our ears.”

The IMF forecasts that Pakistan’s economic growth will slow to 2.9 per cent this fiscal year from 5.2 per cent in 2018. 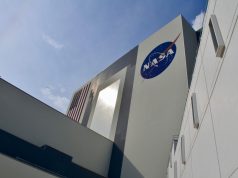 Watch the skies this weekend!

Concern as COVID spreads in rural UP