O’Rourke, 46, is the 15th Democrat to declare his bid for the White House. He is expected to make his formal announcement on Thursday via social media before appearing in Iowa, one of the key states in the early part of an election campaign.

In last year’s mid-term election, he ran a tight race against Republican Ted Cruz for his Senate seat. The former punk rock musician is seen as a rising star in the Democratic Party, who can draw huge crowds and funding.

Though his campaign proved ultimately unsuccessful, he did better than any Democrat in Texas for decades, running a media-friendly campaign that energised the Democratic Party nationwide and drew comparisons with former President Barack Obama.

A fluent Spanish speaker, the Texan politician with Irish roots broke Senate fundraising records by amassing more than $80 million (£62 million) over the course of his 2018 campaign. He also travelled to all of Texas’ 254 counties in his Senate bid, documenting every moment of the journey on social media.

“I’m really proud of what El Paso did and what El Paso represents,” O’Rourke said in a text message to local TV station KTSM. “It’s a big part of why I’m running. This city is the best example for this country at its best.” 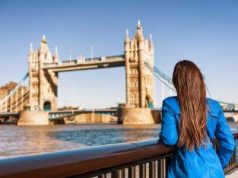