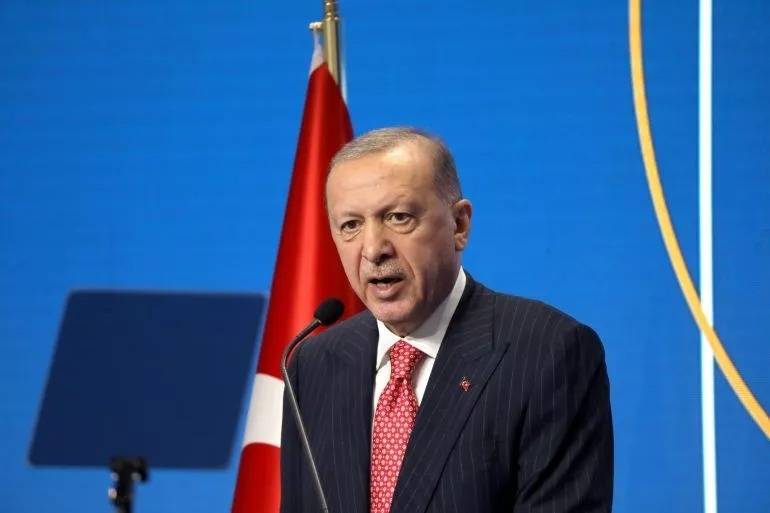 Turkish President Recep Tayyip Erdogan unveiled a new package of measures to support deposits denominated in lira, after the national currency lost about 50 per cent of its value against the US dollar this year…reports Asian Lite News

Speaking at a press conference after a cabinet meeting, Erdogan said Turkey would introduce new measures within the free-market economy to stop the fluctuations in the exchange rate, reports Xinhua news agency.

Presenting a new mechanism for lira deposits, the president said the country will compensate lira deposit holders for their loss of wealth if the lira falls in value.

After Erdogan’s remarks late Monday, the lira recovered to about 12.71 against the dollar.

Earlier in the day, the currency touched an all-time low of 18.36 versus the dollar, after Erdogan reiterated on Sunday his policy of lowering interest rates despite rising consumer prices and decline in local currency.

Erdogan pledged to offer “a new financial alternative” to Turkish citizens who want to alleviate their concerns arising from the fluctuations in the exchange rate.

He also mentioned that the government will implement instruments to ensure that lira assets are not used in a way that creates fresh foreign exchange demand.

Exporting enterprises that are having trouble presenting prices owing to fluctuating foreign exchange rates will be granted advance exchange rates by the Central Bank, according to the President.

The Turkish government will exclude public employees from income and stamp taxes in their net salaries, similar to what had been announced for minimum wage workers.

To prevent financial loss, Turkish citizens have withdrawn assets or gold from banks and keep them at home as “under-the-mattress savings”.

“In collaboration with market stakeholders, new mechanisms will be developed to integrate these gold stocks into the financial system and bring them into the economy,” Erdogan added.

He also defended his new economic model. “With reduced interest rates, we will see inflation go down in a couple of months.”

“The issues caused by the exorbitant price hikes, of course, affect us all. We have the will to cope with these cyclical challenges. As a government, we are taking the necessary steps,” the President noted.