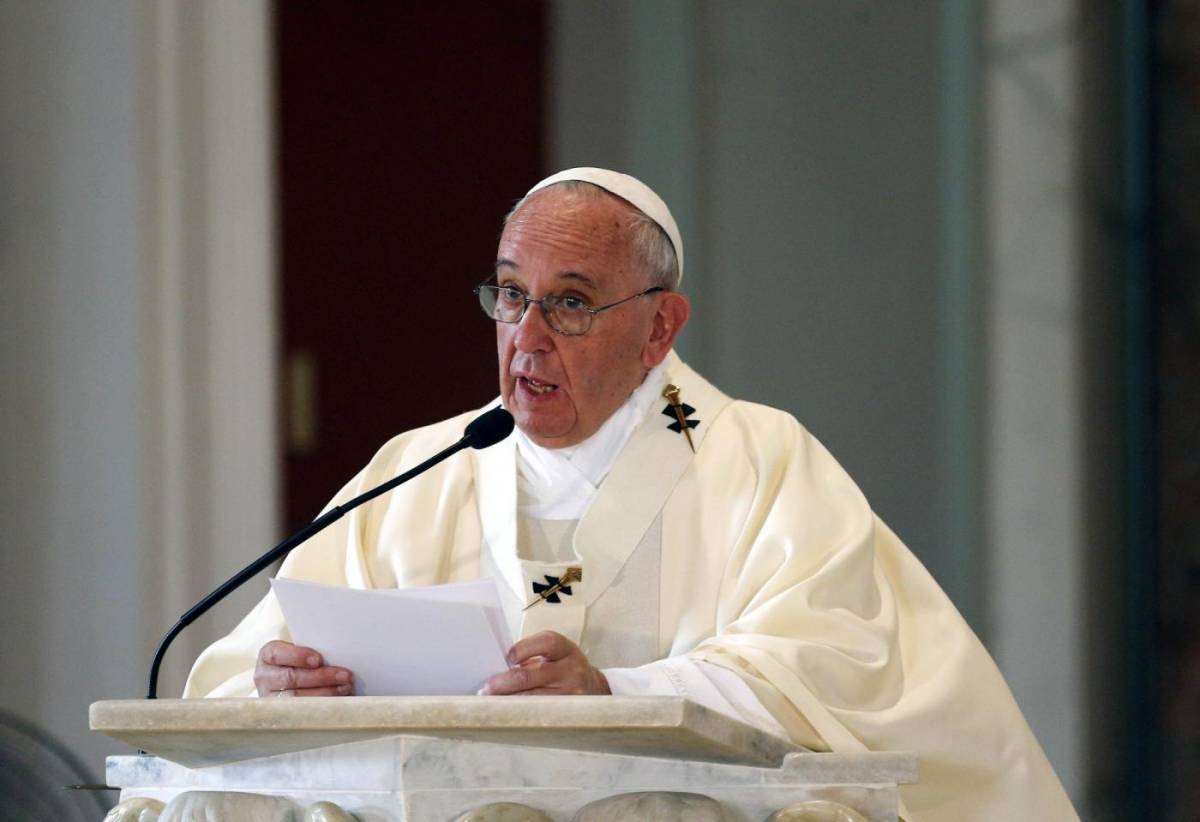 This comes as the mass burial place of 215 children, aged from three years, was found at the site of a school, closed in 1978, near the Canadian town of Kamloops…reports Asian Lite News

Pope Francis on Sunday expressed sorrow over the findings of the remains of more than 200 indigenous children at a former indigenous boarding school in western Canada, which was run by the Church.

“I observe with pain the shocking discovery in Canada of the remains of 215 children, pupils of the Kamloops Indian Residential School, in the province of British Columbia. I join the Canadian Bishops and the whole Catholic Church in Canada in expressing his closeness to the Canadian people, who have been traumatized by the shocking news,” the pontiff at a mass as quoted by the Vatican news.

This comes as the mass burial place of 215 children, aged from three years, was found at the site of a school, closed in 1978, near the Canadian town of Kamloops, Sputnik reported.

Following the discovery of graves, a probe has been opened into the circumstances and the accountability of these fatalities.

The pope requested Canadian authorities “to continue to work together with determination to shed light on this sad event and to commit themselves humbly to a path of reconciliation and healing.”

According to Francis, the incident was a strong call to abandon the “colonial model” and work toward the recognition of rights of the ingenious communities in Canada.

However, he stopped short of a direct apology that some Canadians had demanded.

“We’re all pained and saddened. Who isn’t? This is a worldwide travesty,” Bobby Cameron, chief of the Federation of Sovereign Indigenous Nations in Saskatchewan.

Archbishop of the Archdiocese of Toronto, Thomas Collins also said an apology “may very well be something that will be on the path ahead”.

Under the Canadian schooling system for indigenous children, at least 150,000 students were forcibly separated from their families and incarcerated in residential schools, according to the Russian news agency. It is estimated that up to 6,000 children could have died in such schools. (ANI/IANS)

New sanctions against Russia, Belarus target $2 billion worth of trade