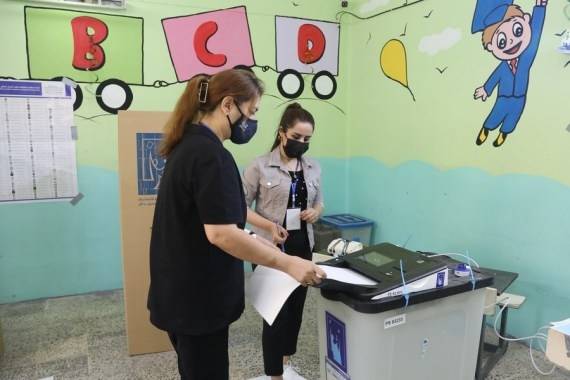 Judge Jalil Adnan Khalaf, chairman of the Board of Commissioners at IHEC, announced the results at a press conference, without giving details on the political entities or the numbers of seats won by major competing political blocs, Xinhua news agency reported on Sunday.

The full results, released after a manual counting of the election votes, have no tangible change from the initial results announced on October 11.

According to local media reports, the initial results showed al-Sadr’s party, the Sadrist Movement, leading with more than 70 seats, whereas former Prime Minister Nuri al-Maliki’s party, the State of Law Coalition, securing about 35 seats in Baghdad and other central and southern provinces.

The Al-Fateh Coalition (Conquest), which includes some Shiite militias of Hashd Shaabi, garnered about 14 seats, while the Imtidad Movement won nine seats, mainly in the southern province of Dhi Qar.

The political alliance known as Taqaddum, or Progress, headed by outgoing parliament speaker Mohammed al-Halbousi, won about 40 seats in Baghdad and other Sunni provinces.

The Kurdistan Democratic Party, headed by Kurdish leader Masoud Barzani, won most seats of the Kurdish parties with about 32 seats, mainly in Erbil and Duhok.

The Iraqi parliamentary elections, originally scheduled for 2022, were advanced in response to months of protests against corruption and a lack of public services.