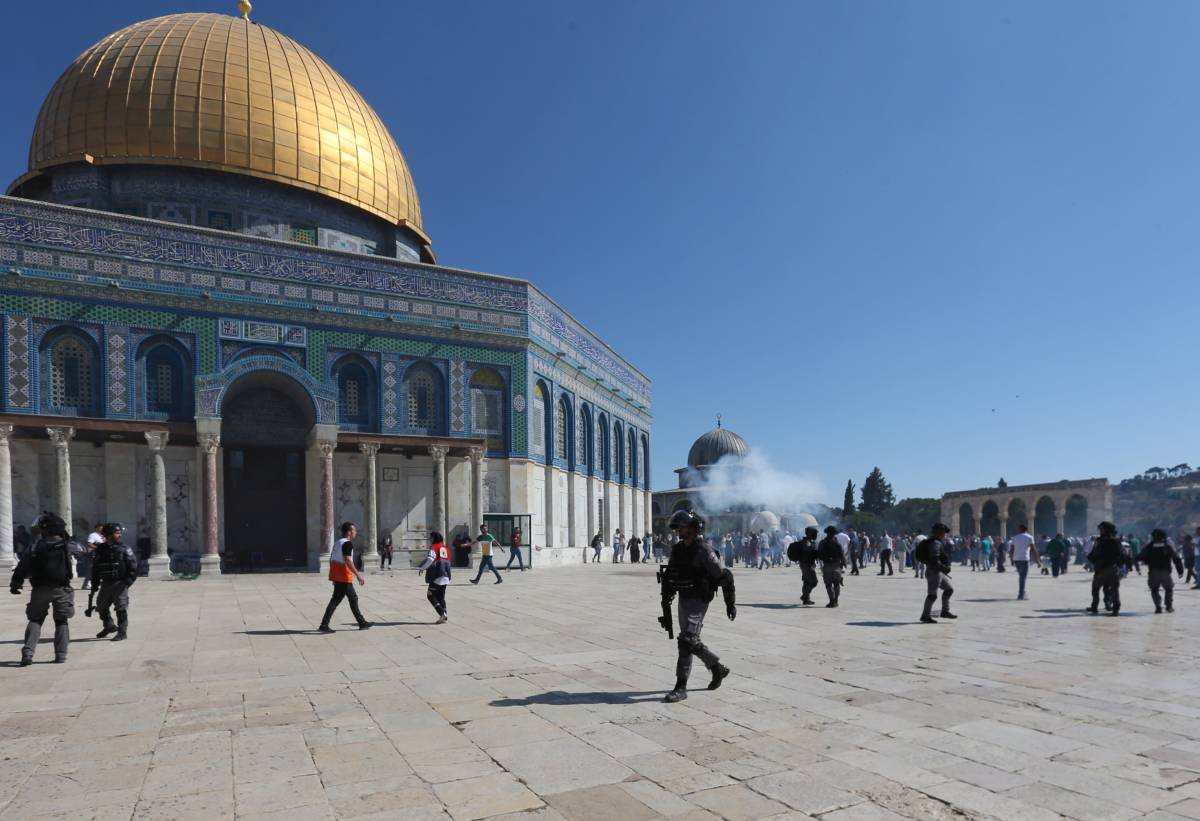 Egypt has urged for a halt to the ongoing escalation in the Palestinian territories during the holy month of Ramadan and the Christian and Jewish feasts, the Egyptian Foreign Ministry said in a statement…reports Asian Lite News

Cairo on Sunday also condemned the continued incursions of Israeli settlers into Al-Aqsa mosque, it added.

Egypt highlighted the importance of adhering to international law to provide due protection for Palestinian civilians, as well as stopping any practices that violate the sanctity of the Al-Aqsa mosque, it said.

The Al-Aqsa mosque compound is a site holy to both Muslims and Jews, the latter of whom call it the Temple Mount, Xinhua news agency reported.

Since Thursday, at least six Palestinians have been killed by Israeli soldiers in the West Bank, including three members of the Palestinian Islamic Jihad (PIJ).

The Israeli attack, which took place on the first day of Ramadan, came a few days after a Palestinian gunman shot dead five people in a suburb of Tel Aviv before he was killed by the Israeli police.

The Israeli-Palestinian conflict has been going on for decades, following the Israeli occupation of Palestinian territories and the Western-backed creation of Israel in 1948.