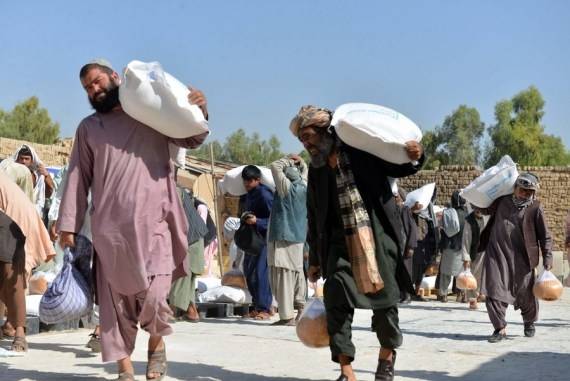 Over 3,000 undocumented Afghans are returning on a daily basis from neighbouring Iran, and many of the returnees are forcefully coming back to their country, according to Tolo News.

In a report, IOM stated that over one million Afghans were deported or returned to Afghanistan in 2021, while thousands more are leaving the country in search of a better life.

The report adds that IOM Afghanistan has launched a program to support undocumented returnees in Afghanistan.

The organization further said that Afghanistan is experiencing a complex humanitarian crisis with rising unemployment, food insecurity and uncertain safety, as reported by Tolo News.

Meanwhile, Bilal Karimi, the deputy spokesman of the government, said the Taliban government in Afghanistan will seek to create employment opportunities for Afghan youth to prevent them from illegal travel.

“Afghanistan made serious efforts to prevent our compatriots and youth from illegally going to neighbouring countries to stay in their own country and use their energy for serving the people here,” said Bilal Karimi. (ANI)