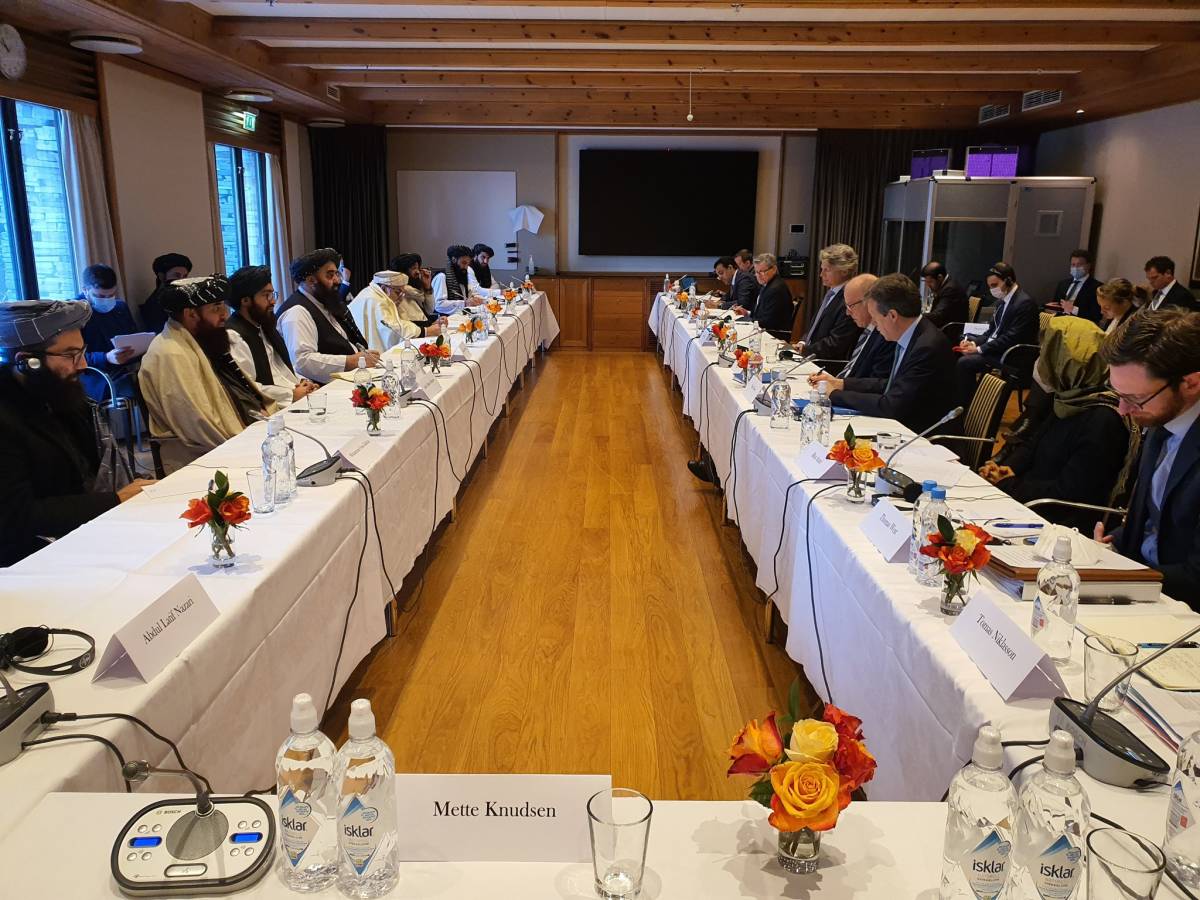 The Taliban have said that they have discussed frozen Afghan assets, sanctions and humanitarian assistance with US Treasury officials in Norway, reported Sputnik…reports Asian Lite News

“Serious and effective talks were also held with senior US Treasury officials on frozen assets, economic sanctions, humanitarian aid,” Sputnik quoted the Taliban-led Afghan Foreign Ministry as saying in a statement on Wednesday.

“The talks also included expediting economic activities to ease restrictions on banking transactions and the free flow of money,” the ministry added in a statement.

A delegation headed by the foreign minister of the interim Taliban government Amir Khan Muttaqi on Saturday arrived in Norway on a three-day visit to deliberate on the provision of humanitarian aid to Afghanistan as well as “political, educational and economic issues.”

The ministry also said that as a result of this meeting Kabul was able to present its policies, achievements, and plans for the future in direct response to the concerns of the world and resolve many misunderstandings, according to Sputnik.

Currently, Afghanistan faces a dire situation as the country’s foreign assets were frozen soon after the Taliban took control of the country. A number of the global organizations have also refused to release the country’s assets despite multiple requests by the Taliban.

Representatives of Norwegian charities and organizations met with acting Foreign Minister Amir Khan Muttaqi, during his three-day visit to Oslo, and pledged assistance to Afghanistan in various fields, including health and education, as reported by Ariana News.

He said that during the meeting, officials from Norwegian charities pledged humanitarian assistance in various areas, including health, education, agriculture and livestock, and demining.

According to Balkhi, Muttaqi assured the organizations of the Islamic Emirate of Afghanistan’s (IEA) full cooperation in the delivery of aid and equitable distribution, according to Ariana News.

Muttaqi led a 15-member delegation to Norway this week where they met with a broad range of officials and foreign representatives.

In addition to meeting Norwegian officials, the Taliban also met with dignitaries from the US, Canada and the United Kingdom, and with representatives of a number of European countries. (ANI)