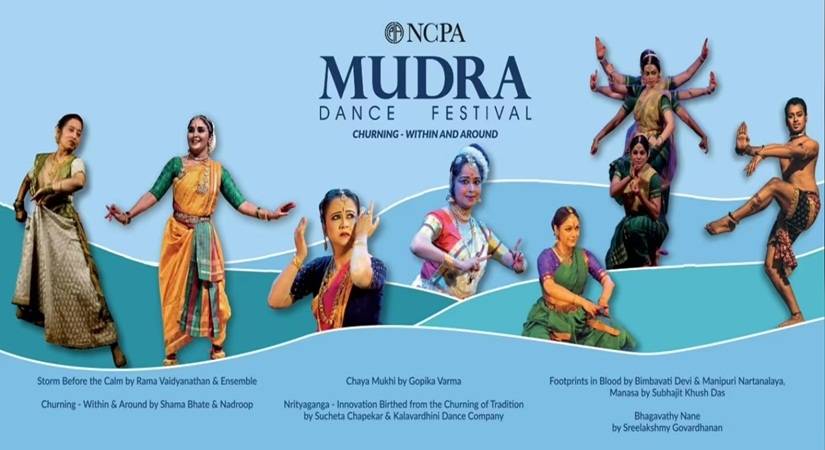 The Little Theatre will host Storm Before the Calm by Rama Vaidyanathan & Ensemble and Churning- Within and Around by Shama Bhate & Nadroop on April 22nd at 6.30pm…reports Asian Lite News

Mudra is the NCPA’s only thematic dance festival, held each year around International Dance Day. Mudra has previously been curated on topics such as motherhood, colours, bhakti poetry, animal movements, and so on. This year, it delves into a very different theme: churning within and around. History has seen many upheavals, including the Partition, natural disasters, and pandemics.

What exactly is poison? What exactly is amrit? And what have we gained as a result of our efforts? This festival focuses on dance performances that feature these lessons that have made us stronger and wiser over time. Performances, lecture-demonstrations, and more on the Samudra Manthan, as well as recent churnings.

The Little Theatre will host Storm Before the Calm by Rama Vaidyanathan & Ensemble and Churning- Within and Around by Shama Bhate & Nadroop on April 22nd at 6.30pm.

Darshana Jhaveri, Shama Bhate, Sandhya Purecha, and Mandakini Trivedi will give a lecture demonstration on ‘Transformations in Your Form Since Independence’ on April 24th. This will be followed by the launch of Shama Bhate’s book on Mohanrao Kallianpurkar. The event is scheduled for April 24th at 11 a.m. at Little Theatre. Chaya Mukhi, a Mohiniyattam performance by Gopika Varma, Nrityaganga – Innovation birthed from the Churning of Tradition by Sucheta Chapekar, and Kalavardhini Dance Company will take place at 5 p.m. in the evening.

ALSO READ-Exploring border between figural and the abstract