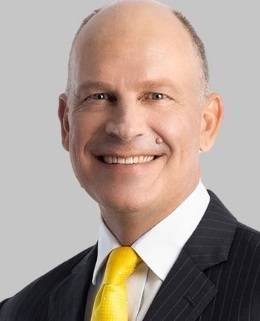 Air India would benefit from Wilson’s added experience of having built an airline brand in Asia, N. Chandrasekaran, Chairman, Air India, was quoted as saying in a statement…reports Asian Lite News

Wilson has 26 years of experience in the aviation industry.

Earlier, Turkish Airlines head Ilker Ayci had been appointed as the Air India CEO by the Tatas, but he subsequently declined the offer on March 1.

Air India would benefit from Wilson’s added experience of having built an airline brand in Asia, N. Chandrasekaran, Chairman, Air India, was quoted as saying in a statement.

“I look forward to working with him (Wilson) in building a world-class airline,” he added.

Air India is at the cusp of an exciting journey to become one of the best airlines in the world, offering world-class products and services with a distinct customer experience that reflects Indian warmth and hospitality, Wilson said.

“I am excited to join Air India and Tata colleagues in the mission of realising that ambition,” Wilson added.

In January 2022, the Centre handed over the management control of national carrier Air India to a subsidiary of Tata Sons.

With this, Air India’s strategic disinvestment was complete after the Centre received a consideration of Rs 2,700 crore from the strategic partner — Talace — which is a wholly-owned subsidiary of Tata Sons.