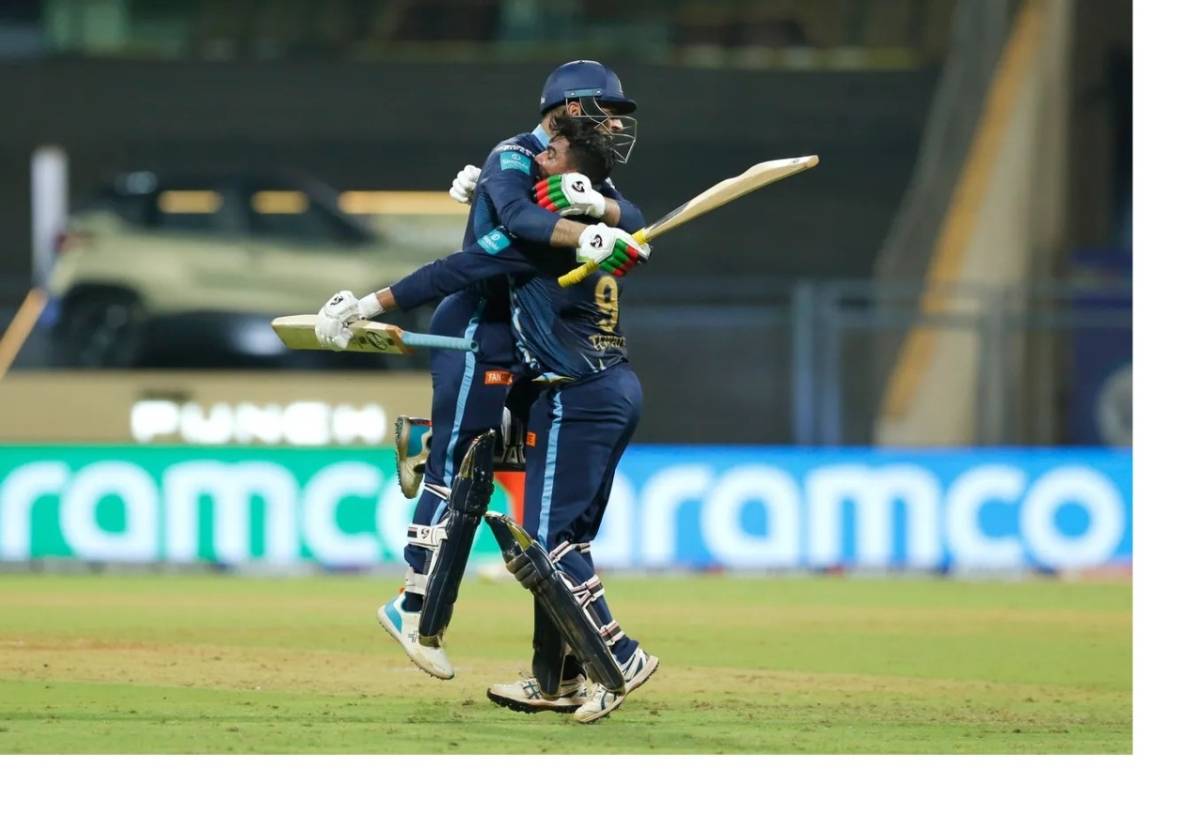 But, lower down the order, it was Rahul Tewatia (40 not out off 21) and Rashid Khan (31 not out off 11), who kept Gujarat in the game till the last over…reports Asian Lite News

Chasing a big total, wicket-keeper batter Wriddhiman Saha smashed a solid half-century(68 off 38) and kept Gujarat alive in the chase. However, apart from him, most of the Gujarat batters — Shubman Gill (22), David Miller (17), Hardik Pandya (10) couldn’t score big despite getting the starts.

Gujarat needed 22 runs in the last over of the innings bowled by Marco Jansen and Tewatia hit one six while Rashid smashed three sixes to take their team over the victory line.