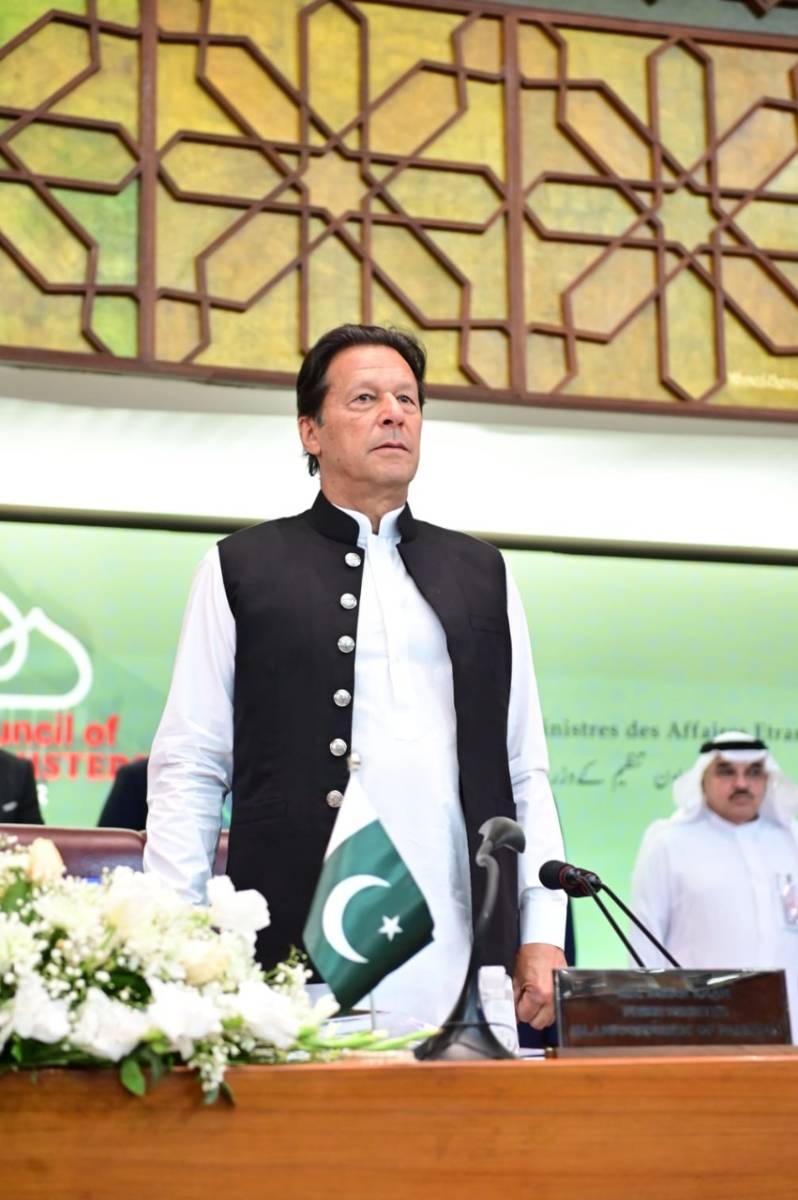 This Orwellian sequence of events has made Pakistan’s democracy a laughing stock. This ‘constitutional crisis’ is a direct outcome of the Executive abusing its authority and perforce undermining constitutionalism itself for clutching on to power…. Writes Sabrina Afroze

In a democracy –­ a form of government where sovereignty vests with the people through their elected representatives – the sanctity of a no-confidence motion is a fundamental tenet of the polity itself. The Islamic Republic of Pakistan which purports to be a democracy, with its cavalier and surreal rejection and dismissal of the no-confidence motion against the Imran Khan government, has unwittingly exposed the farcical nature of its “democracy”.

There are innumerable instances of no-confidence motions being moved and voted upon in myriad democracies, including twice in Pakistan itself (Benazir Bhutto in 1989 and Shaukat Aziz in 2006 – with both failing to dislodge the incumbent governments). The third instance now has, however, devolved into a tragicomedy. Once it became apparent to Imran that he faced an imminent ouster in this game of numbers, his government resorted to Article 5 of the Constitution of Pakistan, which states:

Loyalty to State and obedience to Constitution and law.

On the floor of the House, Law Minister Fawad Chaudhary bizarrely claimed that the no-confidence motion was the result of “blatant foreign interference”, there being a close nexus between the ‘interference’ and the “campaign to oust and remove the democratically elected government headed by Prime Minister Imran Khan.” Little did it matter that the motion had been moved by Pakistan’s own political opposition, whom the Minister’s logic has now sought to characterize as being the handmaiden of a foreign power. Astoundingly, while the no-confidence motion was moved on March 28, it took the government a week’s time to conclude that the motion was a foreign conspiracy, conveniently discovering the opposition’s treachery only when the numbers were no longer in the government’s favour.

Upon this absurdity – the Pakistan National Assembly’s Deputy Speaker, Qasim Suri, (a fellow party member and a close associate of Mr. Khan, these being his only qualifications for this prestigious office) – proceeded to dismiss the motion. Shortly thereafter, the Deputy Speaker now convinced of the merits of invoking Article 5, Pakistan’s President too was similarly satisfied. Acting on the advice of a Prime Minister who had already lost majority, the President dissolved the Assembly.

Thus left high and dry, as well as veritably accused of being in cahoots with foreign powers, opposition leaders cited Article 6 of the Constitution, which states:

These contrary arguments by the government and the opposition have led to a situation where the entirety of Pakistan’s elected representatives now stand mutually accused of disloyalty and treason. While cries of ‘Traitor’ rend the air in Islamabad, the roles of the country’s President and Deputy Speaker have come under a cloud, and their own devotion to safeguarding the Constitution remains circumspect. Unsurprisingly and inevitably, therefore, the ruckus has moved to Pakistan’s Supreme Court. On Wednesday Chief Justice Umar Ata Bandial orally observed “The Speaker cannot reject the no-confidence motion even if he refers to Article 5“. He also exclaimed his grief, stating that he and his brother judges were highly concerned over the country’s constitutional crisis. The next day, the five-judge bench declared as unconstitutional the Deputy Speaker’s ruling on the no-confidence motion, as well as the dissolution of the House. Thus resurrected, the no-confidence vote stands scheduled for Saturday.

On the one hand, the Judiciary, through the chief interpreters of the Constitution, observes that the rejection of the no-confidence motion was unconstitutional. On the other, the Executive persists in the fantasy that the motion, ipso facto, was unconstitutional by virtue of Article 5. This Orwellian sequence of events has made Pakistan’s democracy a laughing stock. This ‘constitutional crisis’ is a direct outcome of the Executive abusing its authority and perforce undermining constitutionalism itself for clutching on to power. Such failures of democratic institutions pave the path to anarchy and destabilization, which albeit occur with alarming regularity in Pakistan. Notwithstanding the Supreme Court’s ruling, and regardless of the no-confidence motions’ final outcome, Pakistan’s fledgling democracy has already been dealt a body blow. Meanwhile, as if to provide a fitting finale to his theatre of the absurd, Imran Khan quipped “Democracy functions on moral authority – what moral authority is left after this connivance?”

(Sabrina Afroze is a connoisseur of constitutional charades.)