“GST is the best example of cooperative and collaborative federalism anywhere in the world. It shows that India is ready for bigger reforms. People of India understand what is necessary for their long term gains,” Goyal said during the ‘GST pe Charcha’ session with traders here.

“This is the biggest financial reform in the world considering India is such a huge country with more than 125 crore people, so many states ruled by different political parties, each of whom has a different point of view,” he said.

Terming implementation of GST a massive step towards simplifying the tax collection process in the country, the Minister said its full benefits are yet to be felt by manufacturers and traders.

“The complete benefits of GST are yet to be felt. Earlier there were 17 taxes and 23 kinds of cess. So there were 40 officers for collecting them. GST has brought an end to the ‘Officer-shahi’ (bureaucratic monopoly) . Now there is only one officer who does all the work…Even the GST returns are generated automatically. So it would provide the ease of doing business if someone is do working honestly,” he said.

Goyal said GST is the only act in the country that was formed by the unanimous decisions of the Centre and the state governments and hailed the common people for their active support and participation.

He said the threshold For GST Composition Scheme that is Rs 1 crore at present, would be shortly increased to Rs 1.5 crore for manufacturers and traders.

Referring to the questions of some of the traders here regarding delay in payments, Goyal said the Centre is putting pressure on centralised PSUs for timely payments.

Goyal who is also Minister for Railways, said he has asked the department to equip all the railway catering staff and ticket collectors with electronic billing machines so that people can instantly get bills for the services.

The minister also revealed that the income tax officers have been instructed not to go for high pitch assessments on the traders’ income without evidence.

“Any high pitch assessment would have to be backed by reasons, otherwise there would be case against the officer. I have also asked the Departments of GST, income tax, company law and excise to simplify the notices sent to people,” he added. 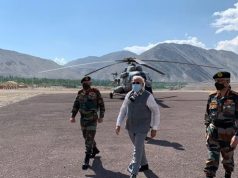 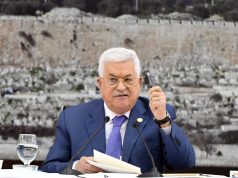