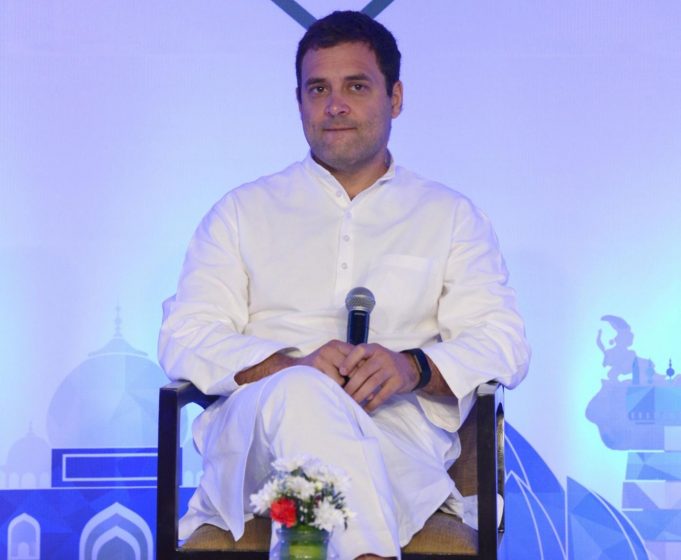 However, Defence Minister Nirmala Sitharaman defended her government saying that the conversation was about sitaphal cultivation.

“Everyone knows PM tells his ‘Mann ki Baat’. Today it is coming out that he also wants to listen to his ‘Mann ki Baat’ (from others),” he said in a tweet, referring to Modi’s interaction with farmers through video bridge last month as also his monthly radio programme.

Attaching a video of a news report that quoted the sarpanch from the state’s Kanharpuri as saying that Chandramani, the woman farmer, had been tutored by team from Agriculture Department from New Delhi, Gandhi also said that Chandramani’s claim of “higher income from agriculture” during her interaction with Modi through video bridge did not seem true.

Modi had interacted with farmers from different parts of the country on June 20.

The woman is seen in the news report as saying that she had been asked if she will be able to interact with the Prime Minister.

Sitharaman said that the conversation was about sitaphal and not paddies.

“It was clear from the first instance that the conversation was about sitaphal cultivation, wasn’t it? The lady farmer Chandramani also picks up the box of sitaphal to show it to the PMO India,” Sitharaman said in a tweet.

“Oh, why, why this unfortunate journalism?” she questioned.

Tourist arrivals in Israel drop over 98%