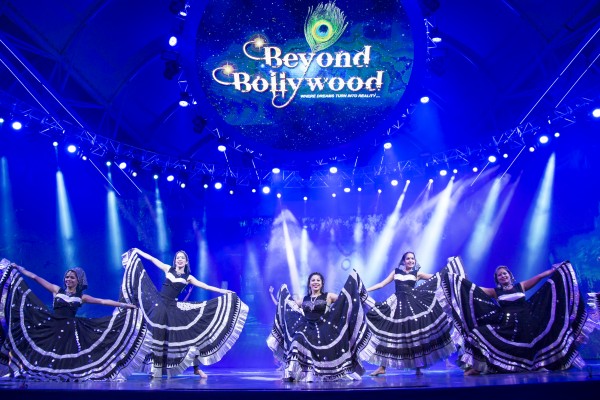 Global Village, the region’s first multicultural festival park and family destination for culture, shopping and entertainment, has announced that Beyond Bollywood, the acclaimed musical drama and lavish spectacle, will play at its Main Cultural Stage daily.

The musical’s story explores the tussle between East and West, tradition and modernity, for young urban Indians.

Beyond Bollywood is a Munich to Mumbai epic, and arrives in the UAE after tens of hit performances in Europe, Asia and Africa. It has played 60 house-full shows in London’s West End, 14 performances in Algeria, 19 across Europe and 50 performances in India.

The show’s story revolves around Shaily Shergill played by Ana Ilmi, who leaves behind her home in Munich, Germany, for a journey to Mumbai, India, in the hope of fulfilling her mother’s dying wish to revive her family’s failing theatre. There, she rekindles her roots and sets about the seemingly insurmountable task ahead of her.

Having rediscovered the richness of Indian tradition, Shaily returns to Munich, where she and the hero, Raghav, played by Mohit Mathur, acquire an old theatre.

The show is performed with great style to the charming music of Salim and Sulaiman Merchant with the costumes providing a glittering kaleidoscope. Stories in Bollywood epics are accompanied by a riot of dance, music and colour, all of which are plentiful in this show conceived by several big Bollywood names.

Beyond Bollywood is a celebration of different traditional dances, including the Garba from Gujarat, the Bhangra from Punjab, and other folk dance forms including Bihu, Kathak, Lezim, and Kalbelia.