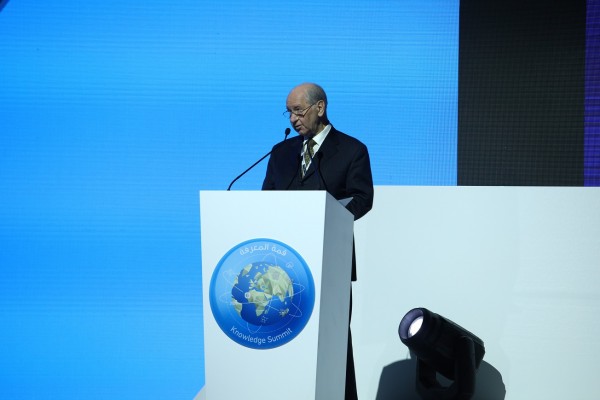 Apart from sessions and discussions to build a competitive economy that invests in knowledge, the summit will also honour the winners of the Mohammed bin Rashid Al Maktoum Knowledge Award, that include prominent individuals and leading organisations around the world, whose achievements have inspired humanity in various sectors … reports Asian Lite News.

The Mohammed bin Rashid Al Maktoum Knowledge Foundation, MBRF, launched the fifth edition of the Knowledge Summit this morning at the Dubai World Trade Centre under the theme, ‘Youth and the Future of the Knowledge Economy’.

The Knowledge Summit’s sessions and discussions are in sync with the UAE’s vision to build a competitive economy that invests in knowledge, supports innovation and creativity, and works to implement the objectives of the UAE National Agenda for Youth, which seeks to empower young people and offer them opportunities to utilise their capacities and potential to serve their communities and drive sustainable development.

The 2018 Summit explores the effects of various topics on the youth and the knowledge economy, as well as ways to transform societies from being knowledge consumers to becoming knowledge producers. The event brings together over 100 speakers including experts, decision makers and stakeholders from around the world in more than 45 discussion panels.

It will honour the winners of the Mohammed bin Rashid Al Maktoum Knowledge Award, that include prominent individuals and leading organisations around the world, whose achievements have inspired humanity in various sectors.

The award recognises accomplishments made in the fields of scientific research, breakthrough inventions, and the development of educational and cultural institutions, in addition to successes achieved in the printing, publishing and content development sector, all of which have effected positive change in societies and promoted the exchange of knowledge.

Launched in 2014, the US$1 million Mohammed bin Rashid Al Maktoum Knowledge Award seeks to build a robust knowledge economy by stimulating creativity and innovation and celebrating knowledge and entrepreneurship across various fields. Its categories cover a wide array of subjects related to knowledge, development, innovation, entrepreneurship, information and communication technologies, printing and publishing, and digital publishing, among others.