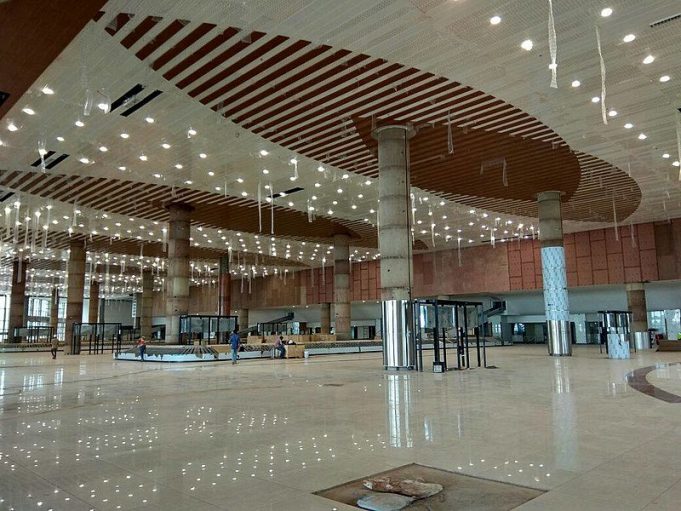 Vijayan had met Prabhu in the morning along with his team of officials to discuss the finalisation of the Rs 1,892 crore-airport located at Mattanur, near Kannur, fast nearing completion in 2,000 acres of land.

“I have asked the Chief Minister to see that he posts someone in Delhi to follow-up on things connected with the Kannur airport.

“I have also asked my officials to see that everything goes forward and the airport can open in September,” said Prabhu to the media in Delhi soon after the meeting.

With this, Kerala will be the only state in the country to have four international airports with the others at Thiruvananthapuram, Kochi and Kozhikode.

The Kerala government has 35 per cent stakes, 25 per cent by public sector undertakings, 10 per cent with the Airport Authority of India and the remaining 30 per cent is with Cooperatives, banks and individual shareholders.

The first trial operation took place in February 2016, when an Indian Air Force aircraft landed for the first time at the airport and was received by then Chief Minister Oommen Chandy.

Once completed the apron of the airport will have parking bays for 14 Code E aircraft or 20 Code C aircraft.

The airport will be able to handle at a time 2,000 passengers and it is anticipated that KIAL will serve more than 1.5 million international passengers annually, besides changing the face of north Kerala with tourism and business activities especially handloom, textiles and floriculture.

This airport will start off with a runway of 3,050 metres and in another 18 months after it opens, it will see its runway length increase to 3,400 metres and eventually it will touch 4,000 metres, making it one of the four biggest airports in the country, an official said.