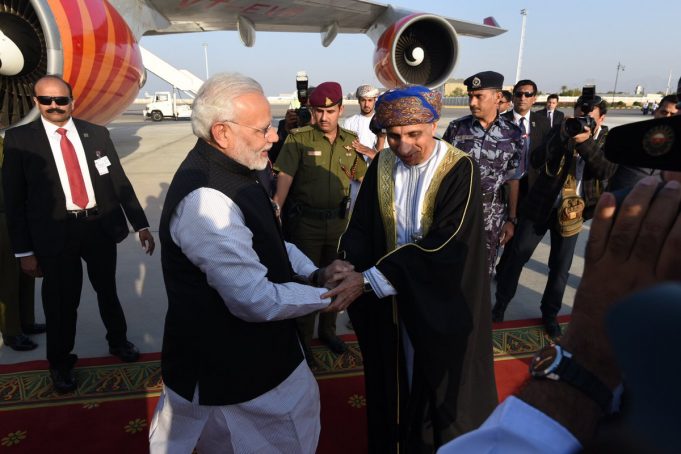 Indian Prime Minister Narendra Modi arrived here on Sunday evening on the last leg of a visit which also took him to Jordan, Palestine and the United Arab Emirates.

“Landed in Oman. My first programme is the community event at the Sultan Qaboos Sports Complex. Looking forward,” the Prime Minister tweeted.

Earlier in the day, Modi addressed a gathering of the Indian community at the iconic Dubai Opera House.

Oman is the final leg of his West Asia tour.