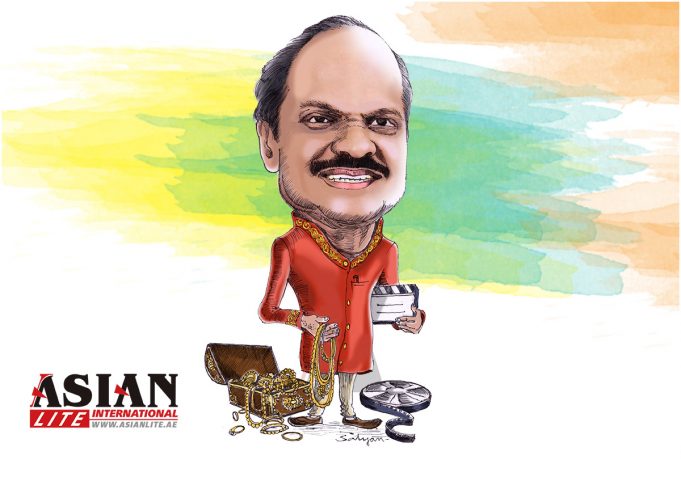 Kerala-born tycoon Atlas Ramachandran is out out on bail after three years behind the bars. A down-to-earth millionaire businessman suffered a major setback after some calculations went wrong….writes Hafeez Mohammed

The owner of Atlas Jewellery, Atlas Ramachandran has been released on a conditional bail. The Keralite businessman was jailed in late 2015 for defaulting on multiple loans.

Mr Ramachandran is a well-known businessman from Kerala, he was known among the Indian community for his generosity and warm and humble attitude. At his peak he presided over 50 branches of Atlas Jewellery across the Gulf, including 19 in the UAE.

The bail comes after a long drawn negotiations with the 22 lending banks after which a standstill agreement was signed, which puts on hold legal proceedings against him.

During an exclusive interview given to Kairali TV, Mr Ramachandran appeared before the Keralite audience and said, “If I had some time to negotiate with the banks, everything would’ve been much easier.”

“To be isolated from the community was my greatest sorrow, I felt like being a fish out of the sea,” he said.

Speaking further about his time in jail, Mr Ramachandran told that being away from his family bothered him a lot. “My wife, who didn’t even know how to write a cheque, was the one who made the greatest effort to get me out of prison,” he added.

Mr Ramachandran hopes to pay back his debts as soon as possible as he does not want his reputation to be affected. Mr Ramachandran is expected to liquidate his assets to pay off the debts.

Mr Ramachandran, a popular film producer and and film actor, landed in prison after a few leading banks moved Dubai court following bouncing of cheques.  Dubai police summoned Ramachandran in August, 2015 and he found himself behind the bars, which led to a business empire with an annual turnover of almost 3.5 billion Dh crumbling.

In jail, he had to suffer solitude and chill, which he found intolerable. But he was in the good company of Keralite and prisoners from other parts of India.

Mr Ramachandran established the Atlas Group in the 1970s with the first gold jewellery showroom in Kuwait City.  He later founded more than 50 establishments around the world. Atlas pioneered transparency in the gold business by advertising the Atlas daily gold rates through mass media and fixing the price separately for 22- and 24-carat gold jewelry.

In the late 1980s he took the Atlas Group into movie production. His movie Vaishali, directed by Bharathan, based on a mythical story, was a super hit. At the beginning of the millennium, he further expanded into industries such as health care (Atlas Health Care), real estate (Atlas Gold Townships) and studios for advertising and photography. In 2011, he made his directorial debut, with Holidays’. This film got a very negative review, and failed miserably at the box office.

Ramachandran as born as the son of renowned poet and Aksharaslokam exponent late V. Kamalakara Menon and Mathukkara Moothedath Rugmani Amma on 31 July 1941 in Thrissur. He is married to Indira Ramachandran and has two children—a son named Sreekanth and a daughter named Manju. His daughter, originally a doctor by profession, was arrested for another case, and she is also serving in prison.