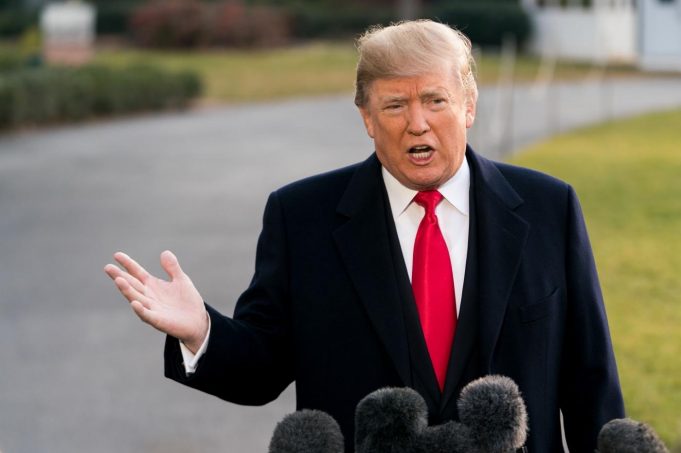 The meeting won’t take place without concrete actions that match the promises that have been made by North Korea, the White House press secretary said on Friday … reports Asian Lite News.

US President Donald Trump will not meet with his North Korean leader Kim Jong-un, until concrete, verifiable actions are taken by North Korea, the White House press secretary said on Friday.

“This meeting won’t take place without concrete actions that match the promises that have been made by North Korea,” Sarah Sanders said in her daily press conference.

Nor did the spokesperson wish to confirm any place or date when the meeting between Trump and Kim would take place, though the South Korean government had announced that the two leaders would meet before the end of May, Efe reported.

“The president has accepted that invitation on the basis that we have concrete and verifiable steps,” she said.

Should it take place, the Trump-Kim meeting will be the first face-to-face meeting in history between the leaders of North Korea and the US.

Sanders said Kim’s invitation is the result of the “maximum pressure” campaign waged by Trump, and that as a result, “the president is getting exactly what he wants.”

Following the briefing, the White House released a summary of a telephone conversation between Trump and Chinese President Xi Jinping.

“The two leaders welcomed the prospect of dialogue between the US and North Korea, and committed to maintain pressure and sanctions until North Korea takes tangible steps toward complete, verifiable, and irreversible denuclearisation,” the White House said in a statement.

According to the note, Trump expressed his hope that “Kim Jong-un might choose a brighter path for North Korea’s future.”

US Secretary of State Rex Tillerson said earlier on Friday that it would take a few weeks to arrange the meeting between Trump and Kim.

“Now it’s a question of agreeing on the timing of the first meeting between the two of them, and that will take some weeks before we get all that worked out,” Tillerson said.

The secretary said Trump himself had made the decision to meet with Kim despite their well-publicised trading of insults in recent months, adding that he was not surprised in the least and that his boss had the matter “on his mind for quite some time.”

On Thursday at the White House, the head of South Korea’s National Security Office, Chung Eui-yong, delivered Trump a message that he had received from Kim during a high-level meeting in Pyongyang.

In an offer aimed at kick starting the negotiations, Kim has pledged to freeze ballistic missile tests and embark upon a denuclearisation process provided his regime is given security guarantees, the South Koreans said.