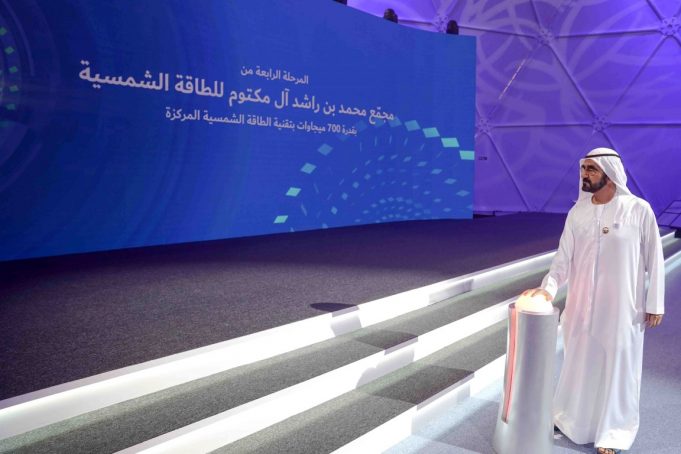 His Highness said that developing the UAE’s infrastructure is top priority for the leadership and vital to raising the country’s global competitiveness. The UAE is developing a new model for sustainability and innovation and is keen to find creative solutions based on international best practices and benchmarks. ”The country is a pioneer in transforming its energy sector to one based on solar power and clean energy,” His Highness added.

“We will continue pursuing ambitious investments with an emphasis on projects that have a positive impact on people’s lives. Clean and renewable energy is key to sustainable development and the UAE has set an example for its rapid adoption,” Sheikh Mohammed said.

“We have developed a sustainable infrastructure that will serve new generations. This infrastructure has been built by young Emiratis who will lead our country through the next phase of growth. We are proud of our nation’s advancements in clean energy and green economy. The country is reaping the fruits today of the strong planning that we initiated years ago,” His Highness further said.

This CSP project will provide clean energy to over 270,000 residences in Dubai, reducing 1.4 million tonnes of carbon emissions a year.

The Mohammed bin Rashid Al Maktoum Solar Park is the largest single-site solar park in the world, based on the Independent Power Producer (IPP) model. It will generate 1,000MW by 2020 and 5,000MW by 2030.