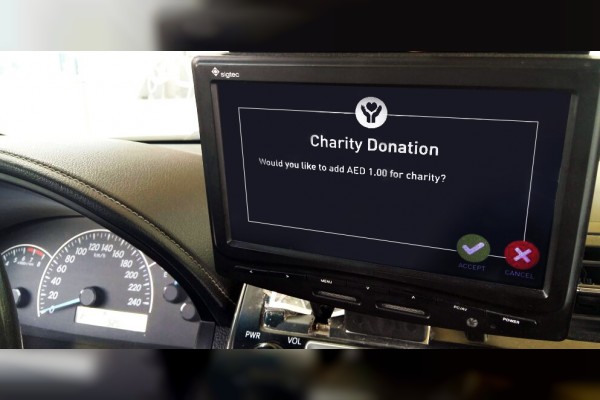 The Roads and Transport Authority, RTA, has revealed that it had spread the Dirham Khair; one of the seven initiatives launched under RTA, to 7,000 taxicabs. It involves an elective donation by taxi riders, and the proceeds will be directed to support humanitarian activities at local, regional and international levels.

Having 34,945 clients supporting the Dirham Khair during their taxi rides and since its launch last month, is a clear testament to the caring spirit shared by citizens, residents, visitors and tourists of Dubai. It also reflects the solidarity and compassion of community members towards charitable and humanitarian causes.

The move aims to lend support to cultural, educational and charitable activities associated with transit systems. Offering the Dirham Khair avails each taxi rider a chance to donate one dirham, over and above the applicable fare.

The Dirham Khair is also available on a separate page of RTA App, and Dubai Drive App, in both Arabic and English. Clients processing renewal of vehicle registration and driver license transactions or the payment of fines through the two apps can also donate one dirham only together with the service fees.

The RTA is contemplating to broaden its scope in the taxi sector. Studies are underway to generalise the Dirham Khair to the remainder of taxicabs operating in Dubai including franchise company taxis.