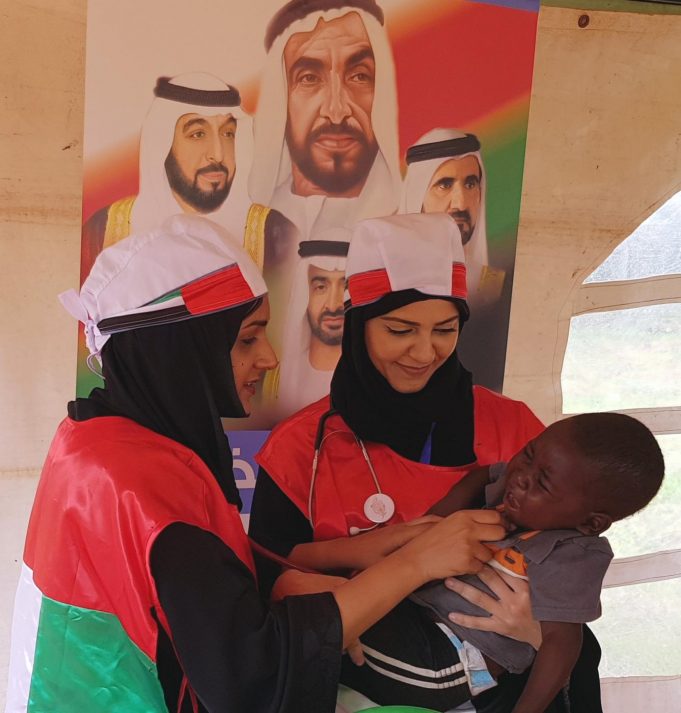 The mobile Zayed Giving clinics and its field hospitals have treated, locally and globally, more than 10 million children and elderly people in the last 17 years, it has been announced.

The project was launched in line with the humanitarian spirit of the late Sheikh Zayed bin Sultan Al Nahyan, and in line with the directives of the wise leadership to adopt initiatives that contribute to alleviating the suffering of the needy, regardless of colour, sex, race or religion.

Dr. Adel Al Shamri, a cardiologist and Chief Executive Officer of the Zayed Giving Initiative, said the UAE is keen to provide an integrated umbrella of health care for the needy in different countries of the world.

He said that this movement was launched on the directives of the President, His Highness Sheikh Khalifa bin Zayed Al Nahyan, and His Highness Sheikh Mohammed bin Rashid Al Maktoum, Vice President and Prime Minister of the UAE and Ruler of Dubai, and is in accordance with the marking of 2018 as the ‘Year of Zayed’.

It also reflects the vision of His Highness Sheikh Mohamed bin Zayed Al Nahyan, Crown Prince of Abu Dhabi and Deputy Supreme Commander of the UAE Armed Forces, to consolidate the culture of volunteerism and humanitarian action and activate the humanitarian partnership between government and private institutions, he added.

The project is the result of collaboration between the Zayed Giving Initiative, Dar Al Ber Association, Sharjah Charity House, Saudi-German Hospitals Group and the UAE Volunteer Platform, seeking to offer distinctive and innovative models of humanitarian work to be followed locally and internationally.