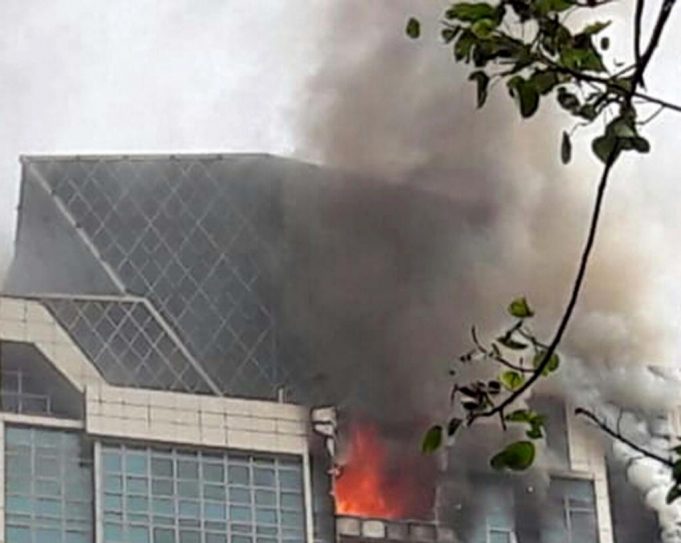 At least 90 residents were evacuated safely on Wednesday after a fire broke out on the 33rd floor of Prabhadevi’s Beaumonde Towers, where Bollywood star Deepika Padukone also resides.

According to officials, the fire was seen around 2.10 pm on the uppermost floors of the building. In no time, thick black clouds of smoke were billowing out.

More than a dozen fire-tenders battled the blaze.

Deepika, who stays at the 26th floor of the building which caught fire, is safe. She was away for an ad shoot. Her staff members were among those who were evacuated.