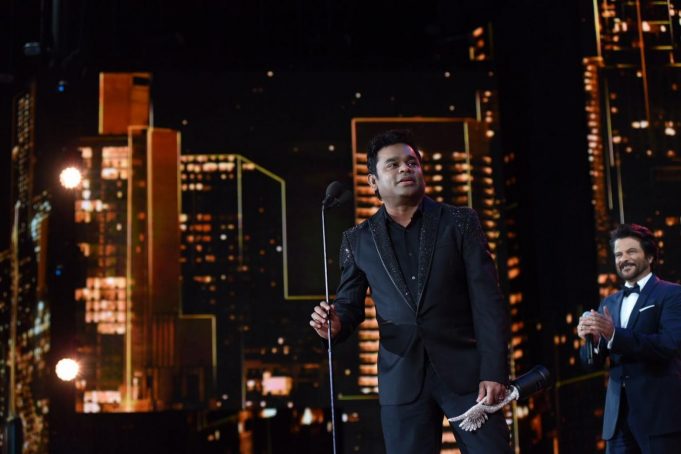 Oscar-winning music maestro A.R. Rahman may have won international acclaim for his craft but the man himself remains a largely obscured figure. An upcoming authorised biography will shed light on his life and philosophy.

Titled “Notes of a Dream: The Authorized Biography of A.R. Rahman”, it has been written by Krishna Trilok, a Chennai-based writer, and will hit the stands in August.

“We all dream of living a life that will in some way touch the world around us positively. And we constantly look to those who have done this for guidance. It is my honour to share the life story of one of India’s biggest stars — a story that is graceful and inspiring proof of the power of love, talent and hard work,” 24-year-old Trilok said about his experience of chronicling Rahman’s life.

The book will traverse a fascinating journey that began as a composer of advertisement jingles and has culminated into what is now a magnanimous presence on the international music stage.

“Notes of a Dream” will be published by Penguin Random House India and will capture “the nostalgia, the drama and the extraordinary success story” of Rahman.

The book carries a foreword by Danny Boyle, where the “Slumdog Millionaire” director touches upon the human qualities that make Rahman the man he is.

“His talent is matched by his appetite, his modesty and his generosity. All surrendered to the troubadour mentality; we are at the service of the music,” Boyle writes in the foreword.

The publisher said that the book features intimate interviews with Rahman, as well as anecdotes from key people in his life.

“There is no composition greater or more beautiful than life. Life is a song we compose through our choices and what we give. All these years, you’ve known me through my music. Now I look forward to you reading about who I am, and the story of where I am going,” said Rahman.

Penguin Random House’s Editor-in-Chief Meru Gokhale described the acquisition of this upcoming biography of India’s musical superstar as a “coup” for the publishing house.