Chris Grayling , the UK Secretary of State for Transport, hailed the ambitious developmental projects ongoing in the UAE, singling out the progress achieved with regards to the world’s first Hyperloop System, being developed by the UAE as a significant step on the path to substantially evolve the transport sector in the country.

This came as Dr. Abdullah bin Mohammed Belhaif Al Nuaimi, Minister of Infrastructure Development, discussed prospects of fostering cooperation between UAE and UK at a meeting with the UK Secretary of State for Transport in London.

Currently visiting the UK, Al Nuaimi, who is also Chairman of the Federal Transport Authority- Land & Maritime, said the UAE is looking forward to partaking of the launch of the UK Maritime Strategy this month, underlining the width and depth of the historical relations between the two countries across various fields.

Grayling noted that the ambitious infrastructure projects being developed by the UAE provide growing opportunities to further expand partnerships between the two sides. 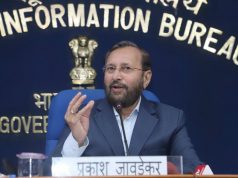