His Holiness Pope Francis, Head of the Catholic Church praised the UAE’s approach that enhances the pillars of tolerance, coexistence and peace.

While receiving a UAE delegation that included members of the Emirati Embassy in Madrid and the Tolerance and Coexistence Training Programme of the Emirates Centre for Strategic Studies and Research, ECSSR, Pope Francis said that he has good memories of his visit to the country last February.

Members of the delegation extended thanks to His Holiness Pope Francis for hosting them.

She also spoke about the key role of the UAE in strengthening the values of tolerance and the efforts of the Emirati organisations to spread and boost dialogue, acceptance of others, and openness to various cultures at local, regional and international avenues. 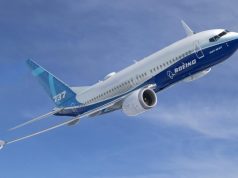 Sports enthusiasts Invited to The Box