Trade negotiations between the US and China were entering a critical point as an American delegation will head to Beijing this week to try to finalise a long-awaited deal, said Treasury Secretary Steven Mnuchin…reports Asian Lite News

“We’re getting into the final laps,” The New York Times quoted Mnuchin.

He added that while the two sides are closer to an agreement, more work remains to be done, and that the talks are nearing a point where they would either produce a deal or end with no agreement.

Mnuchin is heading to China on Monday with Robert E. Lighthizer, President Donald Trump’s top trade negotiator, to try to resolve the remaining sticking points between the countries.

Chinese officials are expected to visit Washington on May 8 to continue and possibly conclude the negotiations.

The US and China have been locked in a trade war for months, slapping tariffs on billions of dollars’ worth of products and rattling global markets.

Trump imposed punishing tariffs on $250 billion worth of Chinese goods in an effort to force Beijing to make significant changes to its economic practices, including Beijing’s requirement that American companies turn over valuable intellectual property as a condition of doing business there.

Mnuchin however, declined to predict whether the negotiations would be wrapped up by the end of June but said he believes that both countries want to reach a deal.

He also did not reveal if a breakdown in the talks would lead Trump to impose more tariffs.

“I think both sides have a desire to reach an agreement…We’ve made a lot of progress.”

Mnuchin did not also provide details of the remaining obstacles, but he said this round of talks would continue to focus on China’s longstanding practice of subsidising its industries.

He also expected the two sides to discuss Trump’s move this month to end waivers that allowed countries like China and India to import oil from Iran. 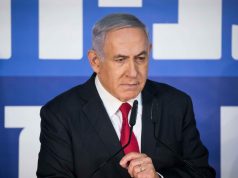